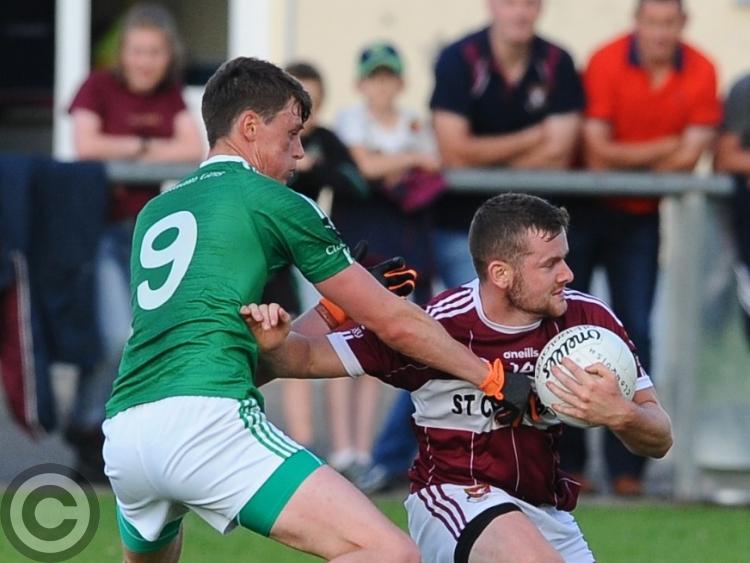 James McGivney on the ball for Mullinalaghta in this tussle with Clonguish opponent Ronan Sweeney. Action from the SFC Group 1 game at the Dromard grounds. Photo: Declan Gilmore

Mullinalaghta scored their second win in Group 1 of the Senior Football Championship when coming from behind to overcome Clonguish at the Dromard grounds on Saturday evening.

The Longford and Leinster club champions were trailing by a point at the break, 1-4 to 0-6, with the Clonguish goal coming from a penalty converted by Chris Gordon, but St Columba’s took complete control in the second half to clinch their place in the quarter-finals.

Clonguish could not repeat their first half performance and were under a lot of pressure on the changeover as Mullinalaghta moved up a couple of gears to lead by seven points at one stage, only to concede a late goal that was scored by Packie Molloy.