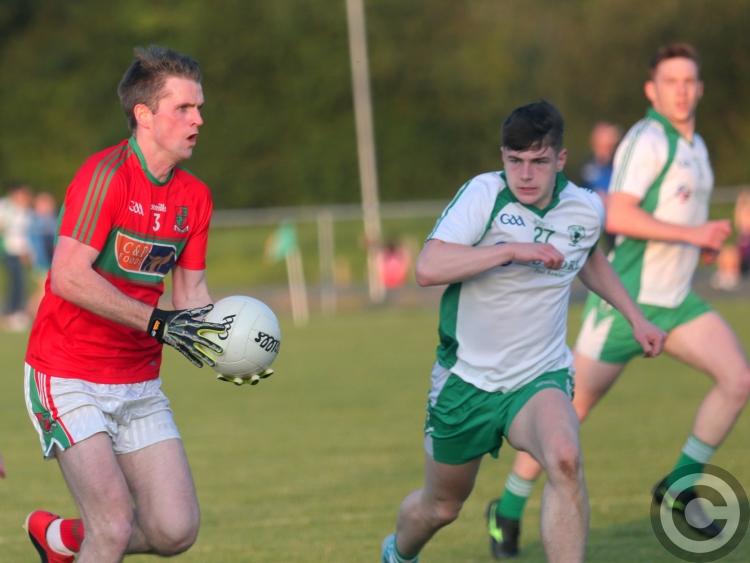 Niall Quinn on the ball for Mostrim ahead of Killoe opponent Jake Donnelly. Action from the SFC Group 2 game at Keenan Park, Ardagh on Friday evening. Picture: Syl Healy

A point from a pressure free converted by Brian Farrell in the second minute of stoppage time earned Mostrim a deserved draw against Killoe in this entertaining Senior Football Championship Group 2 second round clash.

Edgeworthstown were the better team in the first half at Keenan Park, Ardagh on Friday evening and ended up leading by the minimum of margins at the break (1-6 to 0-8) thanks to a brilliant individual goal from midfielder Seamus Hannon in the 13th minute.

Emmet Og came a lot more into the game in the second half and looked like winning when Cian Dooner fired over the lead point in the 59th minute but the late score from Brian Farrell left the sides all square in the finish.

This result means that Killoe (who were missing a few regulars) are now through to the quarter-finals while further progress for Mostrim all depends on their remaining group fixture against Carrickedmond in a couple of weeks time.