Longford IFC: Connolly’s come out on top against Killashee 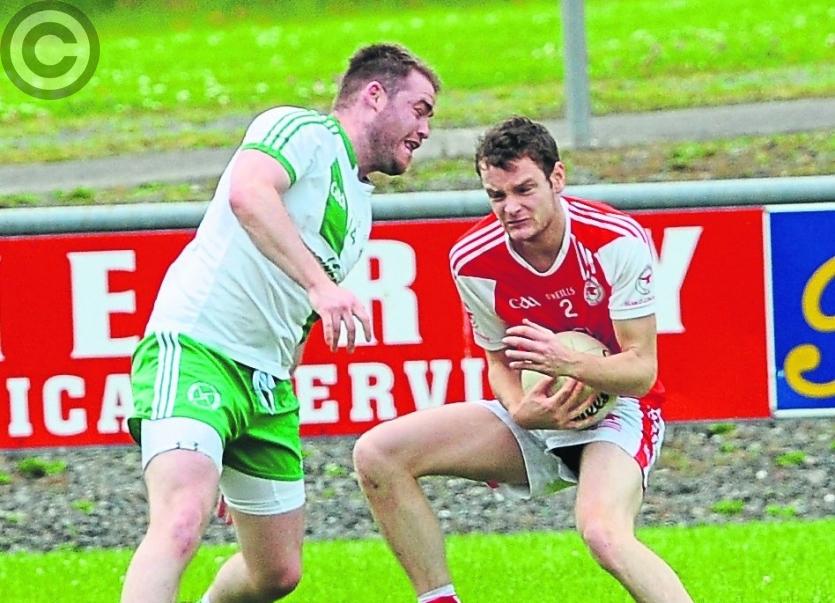 Despite missing many players for different reasons in a serious struggle this season, Sean Connolly’s were still good enough to beat a most disappointing Killashee side in the Intermediate Football Championship first round game at Pairc na nGael in Dromard on Saturday evening last.

It must be said that St Brigid’s are also fairly depleted at the moment and with remaining  fixtures in Group 1 to come against Cashel and Ballymahon the battle to avoid a relegation play-off is going to be extremely difficult for Paddy Dowd’s charges.

Spearheaded by the twin threat of Daire Duggan and Daniel Reynolds in the full-forward-line, Connolly’s got off to a great start when a speculative shot from Duggan ended up in the back of the net with just three minutes gone on the clock after Reynolds got a vital touch to claim the goal.

Killashee hit back with a good point from Killian Lee in the 6th minute and he was the one player to cause problems for the Connolly’s defence with his penetrating runs.

The Ballinalee outfit established a tight grip on the game with three fine points in a row through Duggan (2) and Reynolds before St Brigid’s eventually scored again when James Campbell shot over the bar in the 17th minute.

Killashee had a strong claim for a penalty dismissed  in the 20th minute for what looked like a blatant foul on Mel Shanley.

Connolly’s keeper Fergal Brady then produced a crucial point-blank save to prevent Killian Lee from scoring a goal for St Brigid’s in the 24th minute and just before the break Daniel Reynolds landed a well struck ‘45’ to leave five points separating the sides at half-time, 1-4 to 0-2.

It was a poor match, to say the least, and it did not get any better in the second half as Killashee tried hard to get back into contention.

Dylan Farrell converted a free to close the gap and St Brigid’s were denied a goal with four minutes gone on the changeover when the Connolly’s netminder Fergal Brady made a great save to stop a shot from the inrushing Killian Lee.

A  further point apiece from Daniel Reynolds (free) and Daire Duggan extended the lead for Seamus Quinn’s side but Killashee were thrown a lifeline when they got a badly needed goal in the 49th minute.

A shot from Ogie Campbell struck the crossbar with the ball deflecting off Connolly’s defender Kevin Reynolds into the back of the net.

That should have given St Brigid’s a big lift  but it did not happen as Connolly’s came storming back to score another four points despite the dismissal of Paddy Reynolds for a second yellow card in the 54th minute.

Frees were converted by Stephen Lynch (3) and Daniel Reynolds to clinch the deserved victory with Shane Cosgrove scoring a consolation point for Killashee in the 58th minute.