Longford Slashers and Colmcille finish all square in cracking contest 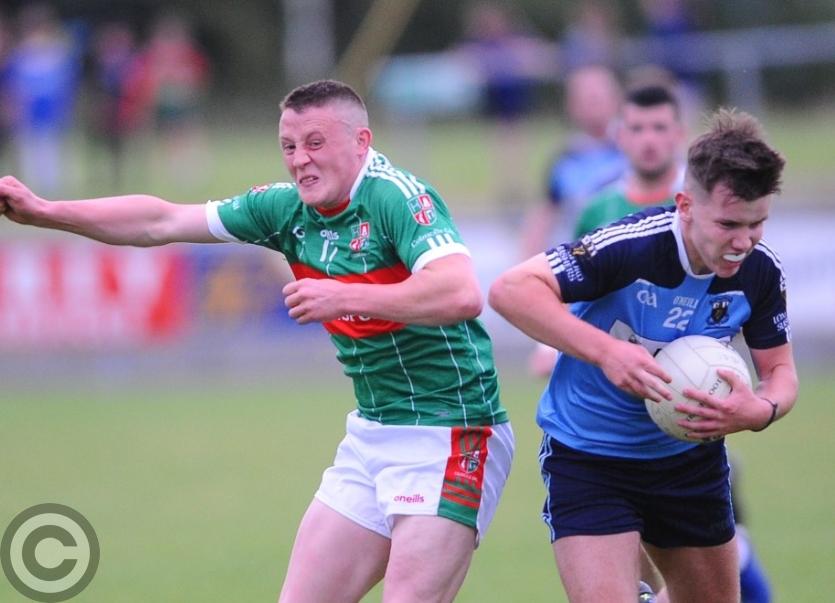 Paddy Duggan on the ball for Slashers in evading the challenge of Colmcille opponent Cathal Reilly. Action from the SFC Group 3 game at the Dromard grounds. Photo: Declan Gilmore

Five points behind in the closing stages of the first half, Longford Slashers showed a lot of spirit to battle back for a draw against Colmcille in the opening round of the Senior Football Championship at Pairc na nGael, Dromard on Saturday evening.

Inspired by a fine goal from Andrew Kelly just before the break to trail by just the minimum of margins (1-6 to 1-5), the resolute Slashers side just refused to accept defeat and had a glorious chance of winning this cracking contest deep into stoppage time.

Gerard Flynn elected to go for a goal when a point was there for the taking and his close range shot was well saved by Colmcille keeper Mark Kiernan in the fourth minute of additional time.

Showing a few positional changes from the teams listed on the programme with both operating with a sweeper system, Colmcille got the boost of a goal from a penalty converted by Ciaran McKeon with eight minutes gone on the clock.

The goals in the second half were scored by Barry McKeon (36th minute) with Barry Gilleran converting a penalty for Slashers in the 45th minute to bring about a frantic and exciting final quarter.