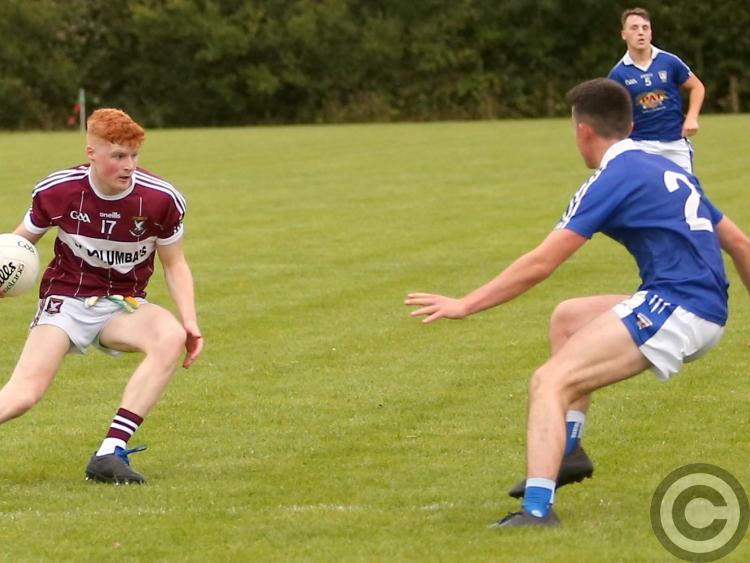 Jayson Matthews on the attack for Mullinalaghta in his bid to find a way past Granard defender Edward Smyth. Action from the SFC Group 1 game at C&D Devine Park. Photo: Syl Healy

It was always going to be extremely difficult for Granard who were missing seven players (through injury and unavailability) including their star man Darren Gallagher. Five players made their senior championship debuts on Saturday and it was a real baptism of fire.

Mullinalaghta showed why they are three in a row Longford champions and Leinster champions in building up a commanding 0-12 to 0-3 half-time lead. Their movement on and off the ball was terrific and they were relentless in cruising to a comprehensive victory over a gallant Granard side.