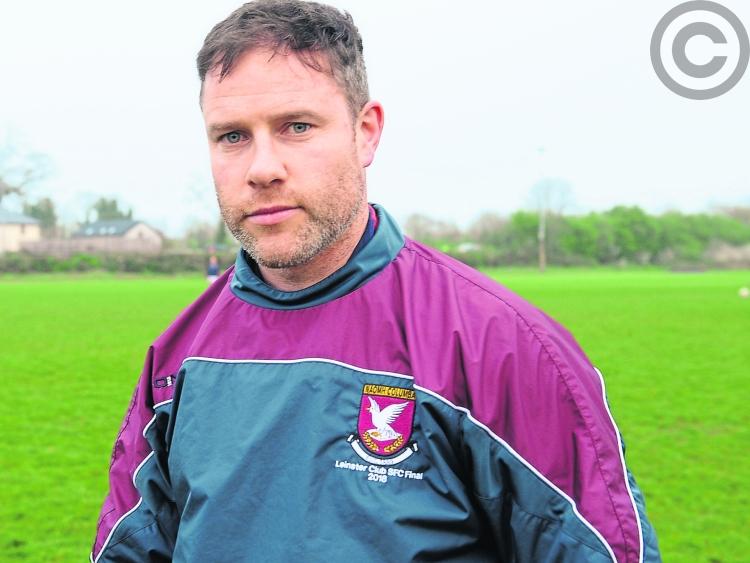 For Mullinalaghta manager Finbar O’Reilly the club’s amazing exploits in 2018 are firmly behind them and in the past.

He and his St Columba's side are clearly focused on the present as they look forward to the start of the Senior Championship and defending the county title.

O’Reilly said: “We don’t really talk about last year or the previous years. It’s in the past. I know it’s a boring cliche but we are taking each game as it comes. I want them to be mentally ready, mentally focused and physically ready for every game. Mullinalaghta are up there now for other teams to have a go at them.”

The Lacken clubman was in the unusual position of being appointed manager of Mullinalaghta at the end of last year but due to their tremendous run in Leinster and then to the All-Ireland semi-final he didn’t take charge until March. It has been a seamless transition from Mickey Graham to O’Reilly.

“Results have sort of, shown that. I went in and made it clear that I don’t intend to turn things upside down. I want to continue and then bit by bit I’ll give my imprint and philosophy on the thing,” stated O’Reilly.

Finbar said he was delighted to have been approached about the manager’s job and is certainly looking forward to the challenge.

“It was fantastic to be considered and to be headhunted for the position. I thought about it for a couple of days but I think it was a no brainer. When you look at the age profile of the players and of the team and they have been dominant in Longford. It was a great challenge to just come in and keep that going.”

O’Reilly is focused and driven and suits the north Longford club. He knows there are clubs who will want to dethrone the county champions. For him it’s all about having his side ready for the challenges that lie ahead.

“We have to get our own house in order. Every championship match is going to be difficult whether you are a three-in-a-row champion or one-in-a-row. Our total mindset is to get ourselves ready, get our game plan ready and the lads in good condition. We will go into each game to win.”

Mullinalaghta are in a group with Granard, Clonguish and Dromard. Their first game is against Granard on Saturday evening. O’Reilly believes the group is tough and is very much focused on that first game at the moment.

“We fully expect a tough group, no question about that. Ryan Casey has the Granard boys well tuned in. We played them in the Reserve League. They have a few big, physical players and they are well set up. We know that is going to be a very tough game.

“Everybody wants to win their first match to try and get the thing up and moving. We have to keep looking forward and not back. If you look back you will be caught out,” concluded the cautious O’Reilly.