Championship boost for Longford Slashers in league victory over Killoe 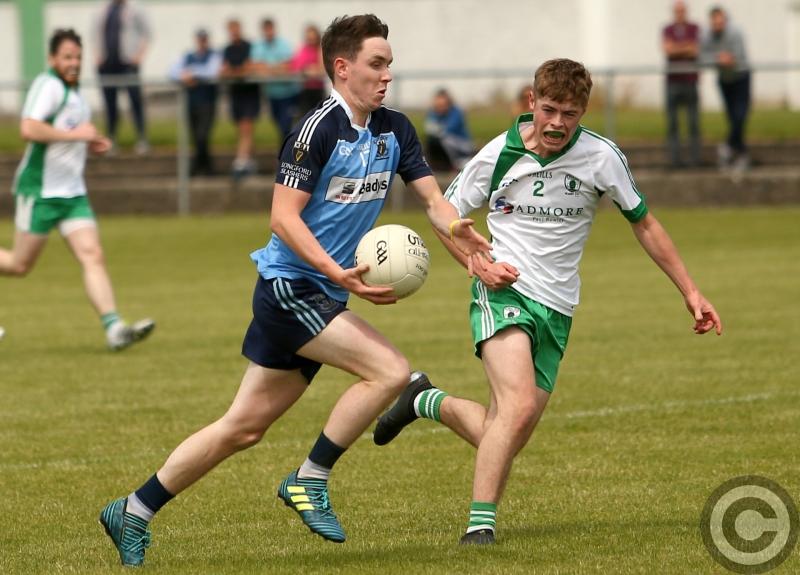 Longford Slashers, under the guidance of new manager Noel O’Brien from Kiltoom in Co Roscommon, produced their best performance this season to score a convincing victory over a disappointing Killoe side in the Division 1 league clash at Emmet Park on Sunday last.

Played in perfect conditions on a glorious sunny afternoon the sharper Slashers outfit got the better of understrength Emmet Og whose most notable absentee was county senior regular Daniel Mimnagh.

Slashers (minus key players Dermot Brady and Peter Lynn) made absolutely certain of their well deserved win when Gerard Flynn and Robbie Clarke linked up to create the space for Peter Foy to finish the ball to the back of the net in the 55th minute and Killoe ended up losing by seven points.

Emmet Og were guilty of some very poor finishing, shooting several bad wides that clocked up well into the double figures, and this poor display is certainly a cause for concern with the battle for the Connolly Cup set to start in a couple of weeks time.

On the other hand it is a timely championship boost for Slashers in their quest to qualify from the group stages for the first time in three years and no less than eight different players got their names on the scoresheet against Killoe including defenders Peter Foy, Barry Gilleran, Gerard Flynn and Sean Clarke.

Impressive midfielder Andrew Dalton fired over a couple of cracking scores while the chief marksman in attack was the influential Robbie Clarke who registered a total of six points (two frees).

Slashers had a lucky escape in the early stages of the game when their keeper Colm Farrell came to the rescue to keep out a close range shot from Sean McCormack with Barry Gilleran clearing the danger.

Killoe, with former player Thomas Donohoe now in charge, enjoyed plenty of possession in the first half but kept on kicking wides while Slashers were a lot more clinical in front of the posts to lead by 0-8 to 0-4 at the break.

Entering the final quarter of the game Slashers had extended their advantage to six points (0-13 to 0-7) with further scores from Gilleran (free), Dalton, Sean Clarke, Flynn and Robbie Clarke.

The best Killoe could manage was a score apiece from Sean McCormack (free), Eamon Keogh and defender Niall Farrelly and it could have got even worse for the home side but for a fine point-blank save from keeper Brian Carr who denied Sean Clarke a goal in the 50th minute.

Slashers added a further 1-1 to their tally in the closing stages with Sean Clarke shooting over the bar in stoppage time.

Killoe, crashing to their first defeat in the Division 1 league this season, replied with three consolation points, a brace from Eamon Keogh with Michael Quinn (free) also on target in a game they will want to forget in a hurry.