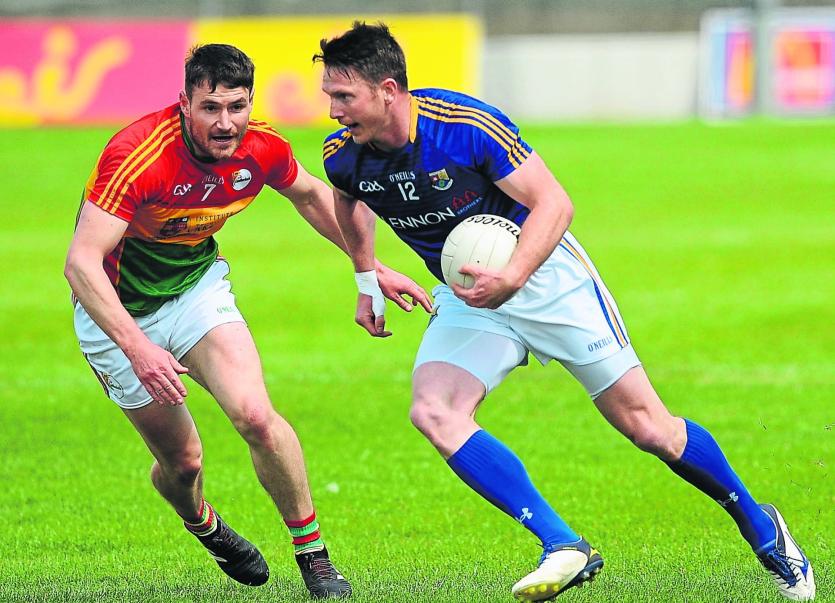 Michael Quinn on the attack for Longford against Carlow. Action from Round 1 of the All-Ireland Senior Football Championship Qualifiers at Netwatch Cullen Park Picture: Declan Gilmore

Generally regarded as the qualifier specialists with some great results to their credit down through the years, underdogs Longford will bid to spring another shock when they take on Tyrone.

The crowds will flock to Glennon Brothers Pearse Park on Saturday evening (throw-in 5pm) for the eagerly awaited Round 2 clash against last year’s beaten All-Ireland finalists.

The compact venue always generates a tremendous atmosphere for the back door games in the championship and particularly so if a tight contest should happen to materialise.

While the bookies suggest that Longford have no chance (you can back them at 9/1 to win the match), the players will believe that there is some hope in their attempt to overturn the red-hot favourites Tyrone.

Manager Padraic Davis is getting the best out of the current squad at his disposal but nobody is getting carried away with the fairly emphatic ten points win over a poor  Carlow side in the previous round.

Having said that,  Longford are renowned for punching above their weight and those famous qualifier wins over Mayo at Pearse Park in 2010 and against Monaghan in Clones in 2016 will live long in the memory.

Tyrone may be operating at a much higher level but they fell flat in the disappointing defeat against Donegal in the Ulster semi-final and all the pressure is on the Division 1 side.

Longford will be looking to the likes of Michael Quinn, Donal McElligott, Padraig McCormack, John Keegan and James McGivney to make a big impact but this is a most difficult task against a physically stronger Tyrone side.

The curtain-raiser to the big match is the Leinster Minor (U-17) Football Shield semi-final between Longford and Louth, throw-in 2.45pm.

The winners of the eight games will qualify for Round 3 of the qualifiers (four ties), the draw for which will be made live on RTE Radio at 8.35am on Monday morning.