Colm P Smyth in a positive mood on his Longford return

Tyrone the next opponents in the All-Ireland SFC Qualifiers 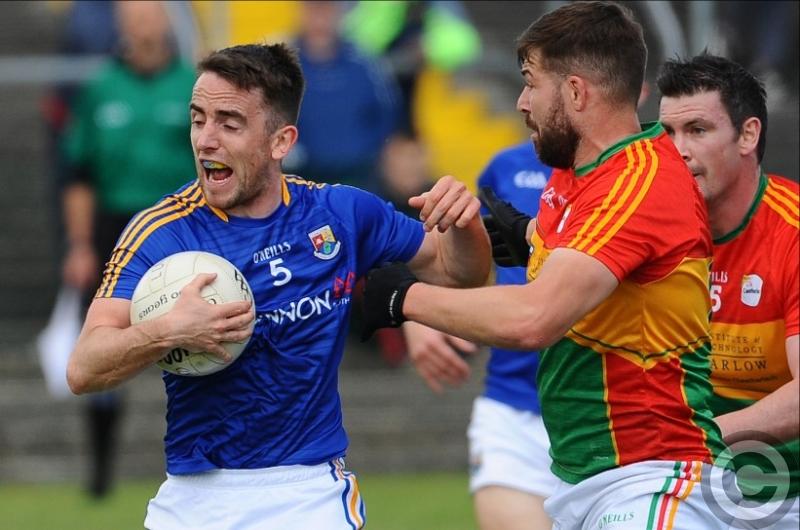 Colm P Smyth pictured in action for Longford against Carlow in Round 1 of the All-Ireland SFC Qualifiers at Netwatch Cullen Park on Sunday last. Photo: Declan Gilmore

When Longford’s Colm P Smyth came on as a substitute against Offaly in the Leinster Championship in 2016 he didn’t think he’d have to wait three years before he’d make his next championship appearance.

Smyth left the panel but returned to the fold for the O’Byrne Cup last December. On Sunday he scored a point and set up James McGivney for Longford’s first goal in their qualifier win over Carlow. The Abbeylara man was cautious on his return to the county.

He said: “When you come back there is no promises; you just do your best. Try and get your place in the team.

“We have lots of good players. You just try and do your best and hope you get picked. That’s all you can do. It is enjoyable. When you win it’s even better and we can now look forward to the next round of the qualifiers at home to Tyrone.”

Smyth was captain of the Longford Under 21 team in 2011 when Padraic Davis was in charge. He was delighted to join up again with Davis.

“I was just looking forward to getting back into playing. The lads had a great run last year with a great win over Meath. When you see that you are a little bit jealous when you are missing that.

“It’s always nice to play for your county. It’s always a good chance to represent Longford. You don’t own the jersey, you are looking after it for the time you are there.”

For Longford Sunday’s game against Carlow was all about getting the win and being in the draw for Round 2 of the qualifiers.

“During the week we said that it was just about making sure we were in that draw on Monday. That was the most important thing. That’s what happened. We were very disappointed after last weekend against Kildare. We now have to make sure we are ready to go in two weeks’ time,” said Smyth.

Sunday’s game was Longford’s third championship game on consecutive Sundays but for Smyth it was a chance to play football.

“All we want to do is play football and play matches. We don’t talk about being tired. Last week we were a little bit flat and we wanted to get a good reaction against Carlow.”

Longford played some good football on Sunday. Ten points separated the sides in the end but it could’ve been a lot more had Longford not kicked a total of 17 wides. Smyth knows that’s something they need to work on for the next day.

“We had lots of chances and the wides are something to work on for the next round. It wasn’t about the performance against Carlow but about getting the result. It was all about making sure we won. The first half was very tight. They had a couple of goal chances that they didn’t take. To be ahead at half-time was a big boost for us and we pushed on with the wind in the second half.”