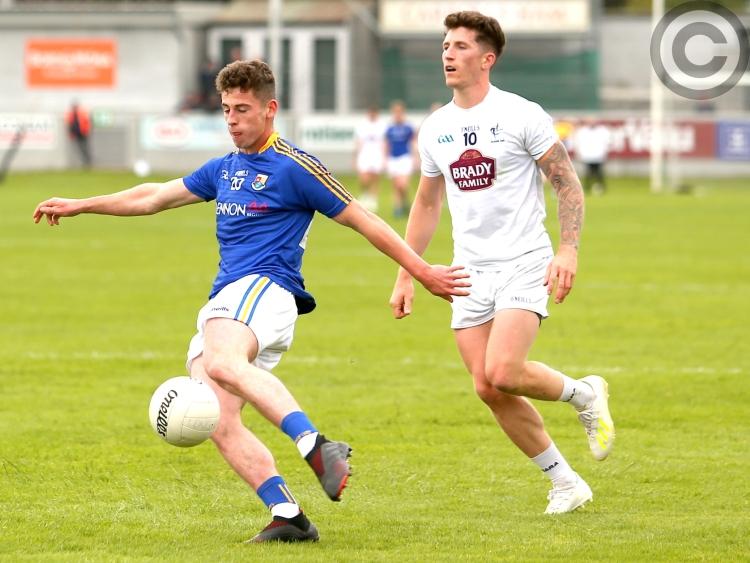 It all went wrong for Longford who crashed to a disappointing 1-18 to 0-10 defeat against Kildare in the Leinster Senior Football Championship quarter-final replay in Tullamore on Sunday last and the focus now turns quickly to the All-Ireland qualifiers.

Padraic Davis must lift his players immediately for the clash against Carlow at Netwatch Cullen Park on Sunday (throw-in 3pm) and in another blow the influential  Barry McKeon has now joined Liam Connerton on the injury list.

While Carlow will be without powerful midfielder Sean Murphy who was sent-off in the 15 points hammering against Meath in the opening round of the Leinster Championship, it appears that ex-Aussie rules player Brendan Murphy will return to the team after a lengthy suspension.

Manager Turlough O’Brien, coach Stephen Poacher and vastly experienced midfielder Murphy were all banned following an investigation into incidents in relation to threatening behaviour towards an official after Carlow’s controversial one-point defeat against Down in a Division 3 League game in mid-March.

O’Brien was suspended for 20 weeks while Poacher and Murphy were each banned for 12 weeks and a subsequent appeal by the trio was unsuccessful.

The Carlow boss will have to watch the game against Longford from the stand and apart from the absence of the suspended Sean Murphy, there is considerable concern over the fitness of their top forward Paul Broderick.

Class act Broderick, nominated for an All-Star award last year, was forced to retire injured after just 15 minutes in the match against Meath and he will be a huge loss if  unable to feature against Longford.

While it has been a rather disastrous season so far for Carlow who were most unfortunate to be relegated from Division 3, let us not forget their shock win over Kildare in the Leinster Championship quarter-final last year.

That was a brilliant result in the rising of one of the weaker football counties and thus they will be quietly confident of crossing the first hurdle in the qualifiers,  particularly with home advantage.

Having said that, Longford managed to beat Carlow (1-11 to 0-9) at Cullen Park in the National League back in February without all the seven Mullinalaghta players that were involved in the action against Kildare last weekend.

It might have been a different story had Carlow not missed a penalty in the closing stages of the first half when the kick taken by Daniel St Ledger hit the post.

Padraic Davis realises that Longford are facing a serious test on Sunday in the bid to get back on track. A third tough game in a short space of time is far from the ideal situation and Carlow will be the fresher side with a two week break.

Longford will need to reproduce much of the same sort of impressive form that saw them come so close to causing a big upset in the thrilling drawn game against Kildare in order to progress a stage further through the back door.

The draw for Round 2 of the All-Ireland SFC qualifiers is live on RTE Radio at 8.30am on Monday morning and hopefully Longford will be in the drum to be pitted against one of the beaten provincial semi-finalists - Mayo, Sligo, Clare, Limerick, Tyrone or Donegal, Cavan or Armagh, Dublin or Kildare, Meath or Laois.