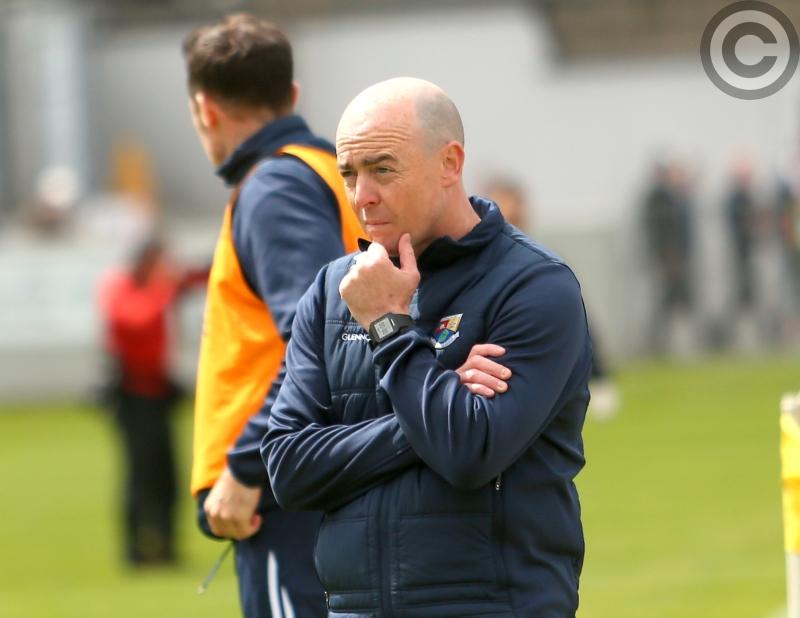 After watching his side fall to a disappointing defeat against Kildare on Sunday last in the Leinster Senior Football Championship quarter-final replay, Longford manager Padraic Davis  said the drawn game took so much out of his players that they couldn’t recover in time.

“It was one of those days. To be fair to the lads we seemed to be running on empty. I don’t think we recovered at all from that first game. I think that game has taken way more out of us than it has out of Kildare. You could see that from very early on. From the opening exchanges of the second half it was clearly evident that we were in trouble. Try as the lads did, and they always do, it was very difficult for them.”

For all their possession and the chances they created in the first half Kildare only led by three points at the break but they were ruthless in the second half. Davis believes the recovery the Lilywhites made proved to be the difference.

“In that second half they were relentless coming at us. They’d be happy with the recovery they’ve made from the drawn game. That’s what worked against us. It’s unfortunate. We are a small county, obviously, and working off a smaller panel. These guys have done themselves very proud against Kildare but they have to contend with what was a very disappointing display in the replay. No better group to address it.”

There isn’t much time for Longford to dwell on this defeat or the performance. They are back in action on Sunday in the first round of the All-Ireland qualifiers and Davis is hopeful his players can bounce back against Carlow.

Carlow are a team that like to play with large numbers behind the ball and will prove to be very tough opponents for Longford. Davis is well aware of the threat they pose.

“We even seen that in the Junior game last week and they had men behind the ball. Underestimate Carlow at our peril. They’re a team that have beaten this Kildare team only a year ago, promoted last year and obviously they were unlucky to have been relegated to Division 4 this season. We’ll be taking this as a serious test.”

Longford lost Barry McKeon in the 21st minute when he had to go off injured and it proved to be a big blow.

“It’s a hamstring injury. You can’t underestimate the loss of Barry McKeon. He was outstanding the first day against Kildare and was playing well again in the replay. The lads that came in gave it everything. We can’t but praise them for their effort. We need to pick it up for next Sunday against Carlow.”