Longford captain Donal McElligott ready for a battle in the qualifiers 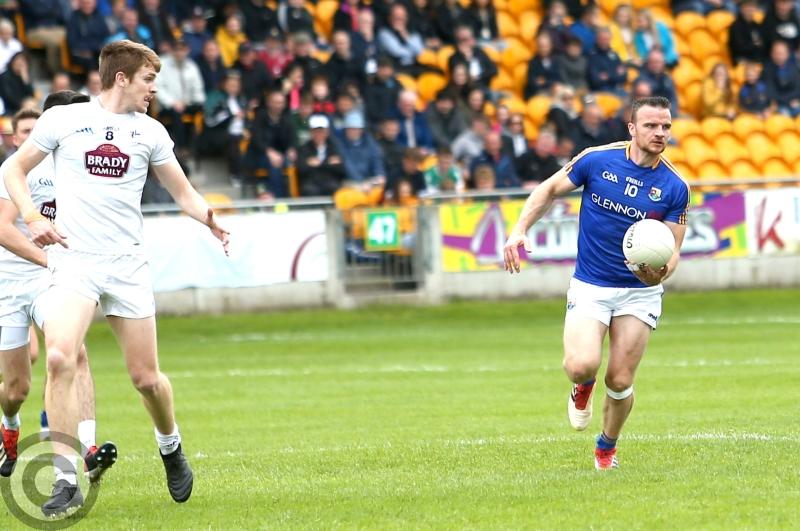 Longford captain Donal McElligott found it hard to describe what went wrong on Sunday last for Longford in their defeat against Kildare in the Leinster Senior Football Championship quarter-final replay.

“Obviously hugely disappointing. It’s hard to put your finger on it straight away after the game. They raised their game from last week and we struggled to get up to that level again.

“When that happens you get hurt on the scoreboard. It kind of ran away from us a little bit in the second half. In fairness to the lads I thought they kept battling away and didn’t drop the heads. We’ll have to pick it up again and look at the qualifiers next weekend.”

After a first half where Kildare squandered numerous chances they were a different proposition after the break. Although Longford were under pressure McElligott praised the players who kept plugging away.

“Kildare were playing with huge confidence in the second half. It was difficult to stem the tide. In fairness we didn’t concede any goals in the second half. We could’ve collapsed a bit because we were under serious pressure. The boys stood up as well as they could. We are hugely proud of that and we’ll go again.”

Jimmy Hyland missed a glorious chance to score a goal for Kildare in the 14th minute while in the 17th minute McElligott tested the reflexes of Kildare keeper Mark Donnellan.

He said: “These are the fine margins. It’s not one moment that breaks you in a game. We’ll learn from it and will have a look at it during the week. We will see what we can take from it.”

Longford opted to play with the wind in the first half and Donal is disappointed that they didn’t make more use of the elements.

“It was swirling around a bit, not like last week. We definitely didn’t take advantage of the wind in the first half.”

Carlow now await Longford in the All-Ireland qualifiers on Sunday in Netwatch Cullen Park. McElligott knows it’ll be a war of attrition, especially with the negative tactics Carlow deploy.

“Hopefully this is just a bad day at the office. We’ll be back at it and flying next weekend. In many ways we will be faced with similar tactics that Kildare had in the first half. We’ll have to be ready for a battle against Carlow. We have to adapt and make sure we have different options going forward.”

The Mullinalaghta man admitted he’d prefer to be preparing for a trip to Croke Park on Sunday to take on Dublin. Instead it is Carlow and he is hoping that the players can bounce back and have a long summer of football.

“We’d prefer to be up in Croke Park against Dublin next Sunday but we are where we are. We have got to rally the troops. There is plenty of football left in this team.”