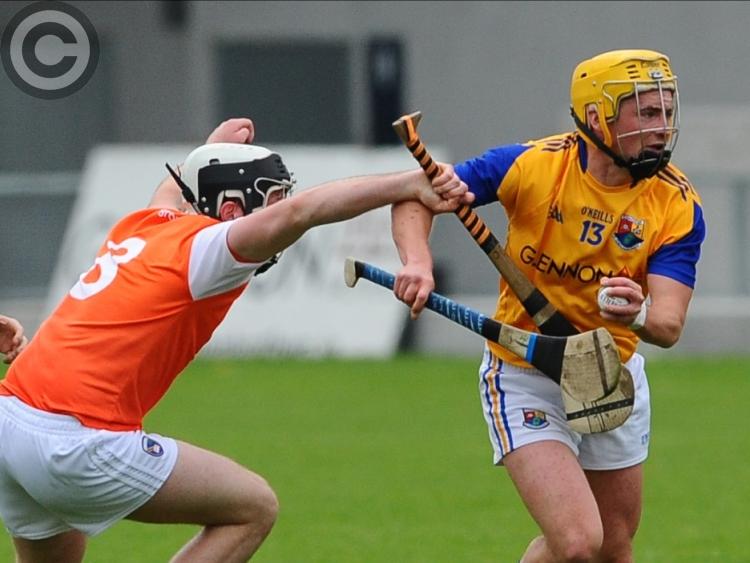 Johnny Casey pictured in action for the Longford hurlers against Armagh in the Nicky Rackard Cup Round 3 game at Glennon Brothers Pearse Park on Saturday. Photo: Declan Gilmore

Leading by three points (0-11 to 0-8) at the break after producing a fine first half performance, the Longford senior hurlers found the going a lot tougher on the changeover as Armagh gradually asserted their superiority to emerge victorious at Glennon Brothers Pearse Park on Saturday.

The loss of key defender Karl Murray, who sustained a serious knee injury in the great victory away to Monaghan in the previous round, proved to be a significant setback as Longford made their exit from the fourth tier championship.

The scoreline against Armagh was tough on Longford who gave it their best shot in the bid to spring a shock against the Rackard Cup favourites Armagh who were shrewd and clinical in the second half and that proved to be the difference as they outscored the home side by 0-16 to 0-3 on the changeover.