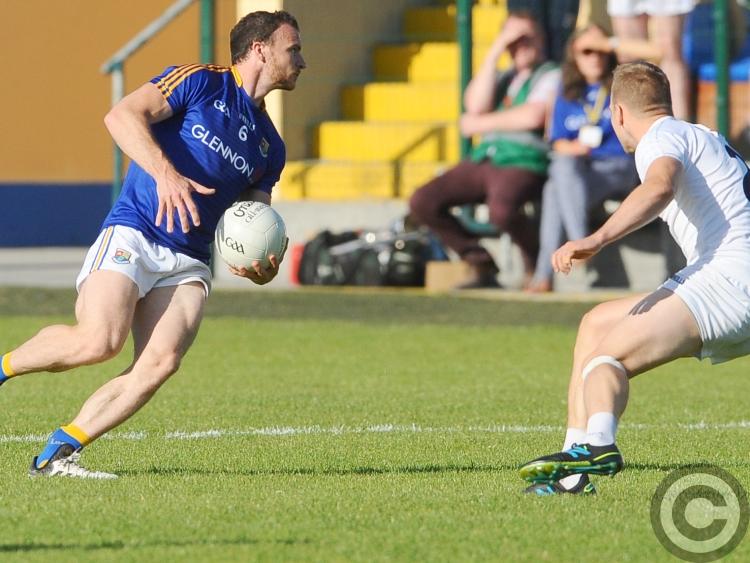 Longford enter the Leinster championship arena in the hope of causing an upset against Kildare at O’Connor Park, Tullamore this Sunday (throw-in 4pm) but the missing players are a big blow in the bid to reach the semi-final for the second year in a row.

New manager Padraic Davis is finding it difficult to build on the memorable win over Meath at this same stage last year, hampered by the absence of a few regulars who are gone from the squad for different reasons.

Darren Gallagher, Conor Berry, Robbie Smyth, Dessie Reynolds and Rian Brady, who all started against Meath at Glennon Brothers Pearse Park twelve months ago, will be missing against Kildare.

In yet another significant setback, Longford will also be without their suspended captain Donal McElligott for the championship showdown and the odds are stacked against them in the double bill of Leinster SFC quarter-finals with Westmeath and Laois clashing in the curtain-raiser (2pm).

The county board were unsuccessful in appealing the harsh red card that McElligott received in the closing stages of the NFL game against Westmeath at the end of March.

Diarmuid Masterson, Sean McCormack, Barry Gilleran and Peter Foy, who all featured against Meath last year, have since retired from inter-county football and Longford are currently a team in transition with a number of new players getting their chance.

Kildare are missing class act attacker Daniel Flynn who was nominated for an All-Star award last year on the strength of the tremendous run through the back door (including a terrific win over Mayo) with the lilywhites reaching the last eight in the All-Ireland Championship, now known as the Super 8s.

While Kildare, the ‘Jekyll and Hyde’ of the GAA world, struggled to overcome Division 4 opponents Wicklow by the narrow margin of two points in the opening round, not forgetting their shock defeat against Carlow last year,  this is still a very tough task for understrength Longford.