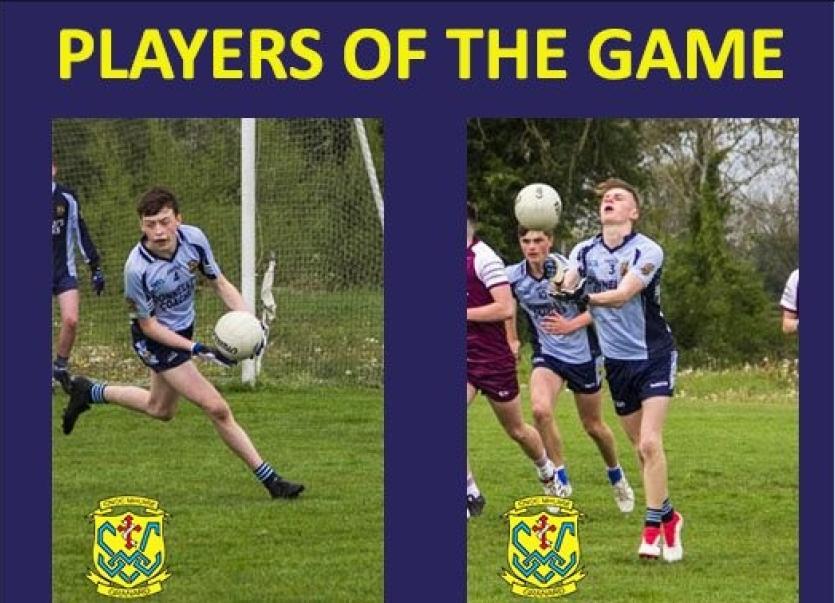 Cnoc Mhuire Granard rounded off a very successful week on the pitch on Thursday when they added the U-16 North Leinster ‘C’ title to the overall Leinster U-14 ‘C’ title won on Tuesday.

Preparations for the game were hampered when county minors Aaron Smyth (tonsillitis) and Conor Leonard (hip injury) were ruled out.

Cnoc Mhuire started the better at the Dunganny grounds (Co Meath) and were in control in the opening ten minutes with two well taken goals from Micheal Hynes and Ruairi Corcoran.

But Bush PP then began to exert control around the midfield sector and they seemed to be first to every breaking ball as they clawed their way back into the game with a number of well taken points. They further showed their control with a breakaway goal to lead at the break, 1-7 to 2-2.

When the second half began it was clear that the Cnoc Mhuire lads were much more focused as they set about the task of closing the gap.

The second half ebbed and flowed with the pattern generally being Cnoc Mhuire trying to break down the Bush PP blanket defence and then Bush PP having breakaway attacks, many of which saw their forwards kick wides under pressure.

In the closing minutes with the sides deadlocked at 2-7 to 1-10, it was left to Cormac Brady to become the hero as he took the ball outside the 45’, linked up with Daire Madden and then launched a wonderful shot with the outside of his left boot which bisected the posts.

There were some nervy moments after but Cnoc Mhuire defended with patience and discipline to hold out for the title triumph.

This was a hard fought win for Cnoc Mhuire. Their defence really did excel with Mark Cunningham, Bryan Masterson, Cian O’Reilly and Diarmuid Boylan all playing excellently. At midfield Ruairi Corcoran had a fine game while in attack talisman Micheal Hynes and Cormac Brady were most prominent.