All County Football League Division 2 - Round 5 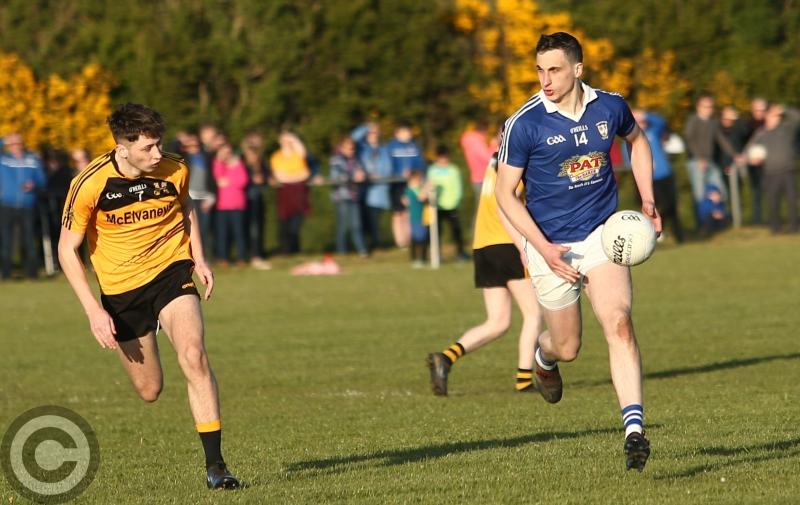 Darren Gallagher on the ball for Granard with Ballymore opponent Mark Keogh in pursuit. Action from the Division 2 football league game at the Ballybrien grounds. Photo: Syl Healy

The inspirational Darren Gallagher was in impressive form as St Mary’s Granard made it five wins from five fixtures in Division 2 with an emphatic victory over their near neighbours Ballymore at the Ballybrien grounds on Saturday evening.

Granard were relegated from Division 1 last season but under the guidance of Ryan Casey and Ger Carberry the north Longford side have been impressive at the top of Division 2 in their quest to capture the Michael Moran Cup in the build up to the county senior championship in the summer.

Ballymore, who trailed by 0-7 to 0-4 at the break, ended the game with 14 players after Bernard McElvaney was sent off for a second yellow card in the 54th minute. Granard went 13 points ahead after that but Ballymore ended the game with  three pointed frees.