Crunch clash away to Carlow in Round 2 on Wednesday 8 May, 7.30pm 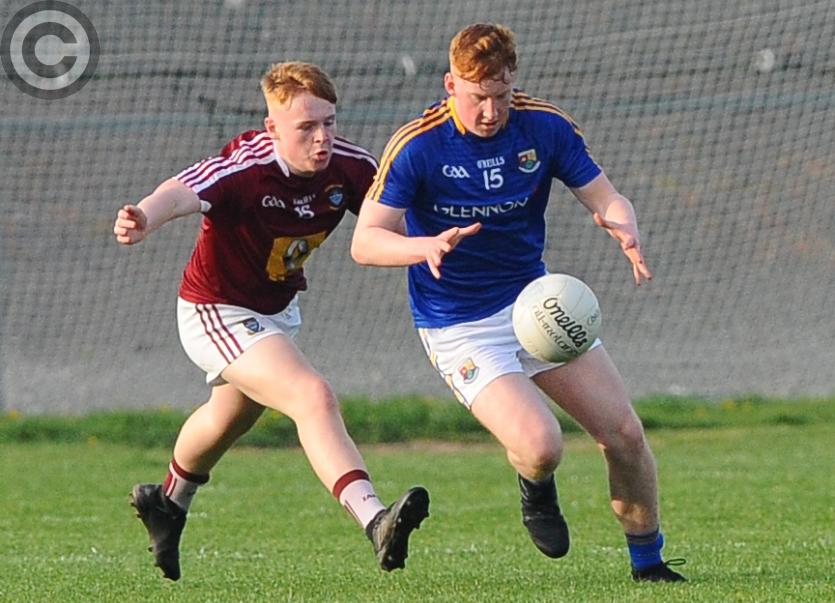 The Longford U-17 footballers slipped up in the opening round of the 2019 Leinster Minor Football Championship and the pressure is now on in their quest to qualify for the knockout stages.

There was little separating the sides on the scoreboard until Westmeath struck the killer blow to snatch a second goal late in the game at Glennon Brothers Pearse Park on Tuesday evening last week.

Longford eventually lost by 2-8 to 0-8 and must now beat Carlow and Laois in their remaining Group 1 fixtures to keep their championship hopes alive.

Too many mistakes were made along with some very poor finishing (12 wides in total) and the county minors need major improvement in order to make further progress.

Westmeath were also guilty of shooting several wides, around the same figure as Longford, but the visitors were the better team and deserved to win.

Sorting out the problems will be causing considerable concern for the joint managers Dan McElligott and Barry O’Rourke and some positional switches will probably be made for the crunch clash against Carlow at Netwatch Cullen Park on Wednesday evening next (May 8), 7.30pm throw-in.

Whether Longford can afford to move commanding full-back Sean O’Sullivan out to the  midfield area remains to be seen after Westmeath gained a decisive edge in this vital sector.

Carlow's confidence will be boosted by the draw (0-11 to 0-11) away to Laois in Round 1  in a game they should have won and could prove hard to beat with home advantage.