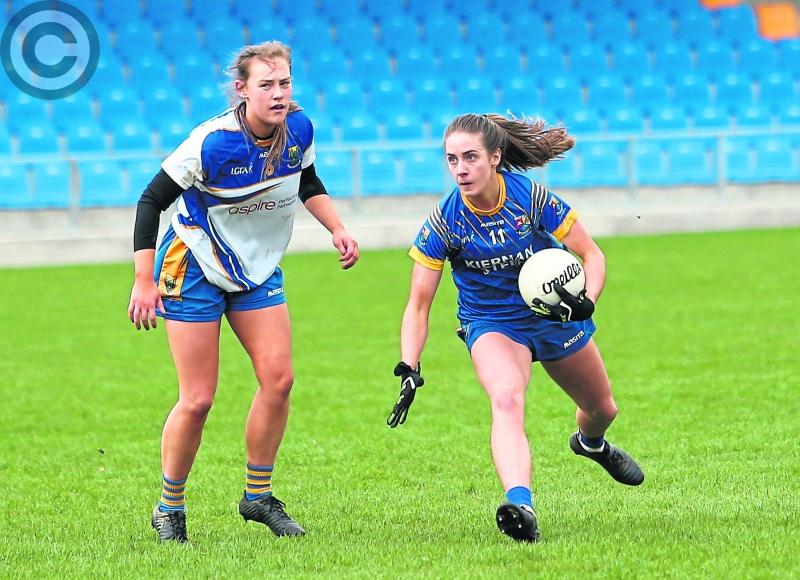 After enduring a fierce struggle last year to avoid relegation in both the All-Ireland Intermediate Championship and the National League Division 3, the Longford ladies are enjoying a new lease of life this season.

Westmeath native Enda Sheridan was appointed the new manager and he is certainly making his presence felt in revitalising the fortunes of the county team who were sliding rapidly after reaching the high of winning the All-Ireland junior championship in 2016 and which was followed by the National League Division 4 title triumph in 2017.

Sheridan from Finea predicted that Longford would be pushing for a place in the Division 3 semi-finals and that target has been achieved despite the defeats against Kildare, Meath and Roscommon.

Having gathered a good knowledge of ladies football in the county after spending a couple of years in charge of Killoe, Enda was well aware of the potential and the decision to give him the Longford job is proving to be a very shrewd move.

Wins over Sligo, Down and Wicklow along with a draw against Offaly was good enough to get Longford through to the last four in the current league campaign but they are facing a serious test against Meath in the semi-final showdown at the Kinnegad grounds this Saturday (2.45pm).

After suffering the bitter disappointment of defeat in the TG4 All-Ireland Intermediate Championship final and the Lidl Division 3 league decider last year, Meath have been a real dominant force this season in their relentless surge to the top of the table.

In recognition of the marvellous form his side have shown  the Meath manager Eamonn Murray won the Lidl Manager of the Month award for March 2019 in association with the Irish Daily Star.

The Royal county ladies are generally regarded as the firm favourites to beat Longford on the evidence of their emphatic 5-12 to 1-12 win when the sides met in Round 4 of the league at Glennon Brothers Pearse Park at the beginning of March.

Enda Sheridan will be hoping for a much closer contest on Saturday in the belief that Longford are capable of springing a surprise and are going well with him at the helm after instilling a confidence factor.

A measure of the pleasing progress that has been made this year is clearly reflected in the recent impressive performance against Wicklow with Longford winning by the wide margin of 13 points to clinch a semi-final spot and were depending on Sligo beating Kildare, a result that duly materialised.

In last year’s Leinster Intermediate Championship Longford hit rock bottom after suffering a demoralising 18 points defeat against Wicklow but there has been a dramatic swing around since that dark day.

Born again Longford are now a team to be respected and no matter what happens against Meath in the league semi-final the ladies will go into the 2019 Leinster Championship in much better shape in the build-up to the quarter-final clash against Kildare.