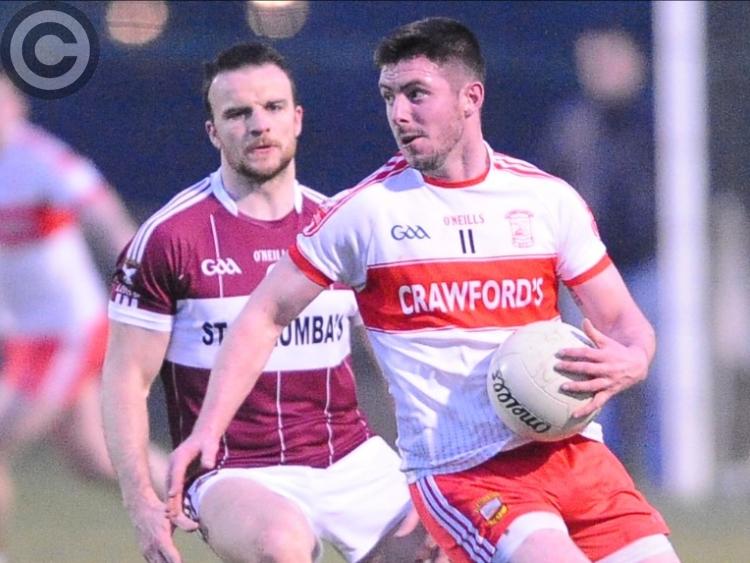 Robbie Smyth on the ball for Abbeylara in his bid to evade the challenge of Mullinalaghta defender Donal McElligott. Action from the Division 1 football league game at Allen Park. Pic: Declan Gilmore

Mickey Graham may be gone but Mullinalaghta mean business under new manager Finbar O’Reilly (from the Lacken club in Co Cavan) on the evidence of their comfortable win over Abbeylara in the Division 1 football league clash at Allen Park, Newtownforbes on Wednesday night.

Whatever hopes Abbeylara had of springing a surprise against the county champions were dashed in the early stages of the second half when Nigel Rabbitte had a penalty saved by opposing keeper Patrick Rogers with St Columba’s leading by 0-7 to 0-3.

Even the dismissal of Aidan McElligott for a second booking in the 39th minute failed to disrupt the relentless Mullinalaghta machine who extended their advantage with four more points through Gary Rogers, James McGivney and David McGivney (two frees).

Abbeylara eventually got a score on the changeover when Rabbitte converted a free in the 54th minute and it mattered little when St Columba’s had another player, Francis Mulligan, sent-off in the 57th minute for a second yellow card.