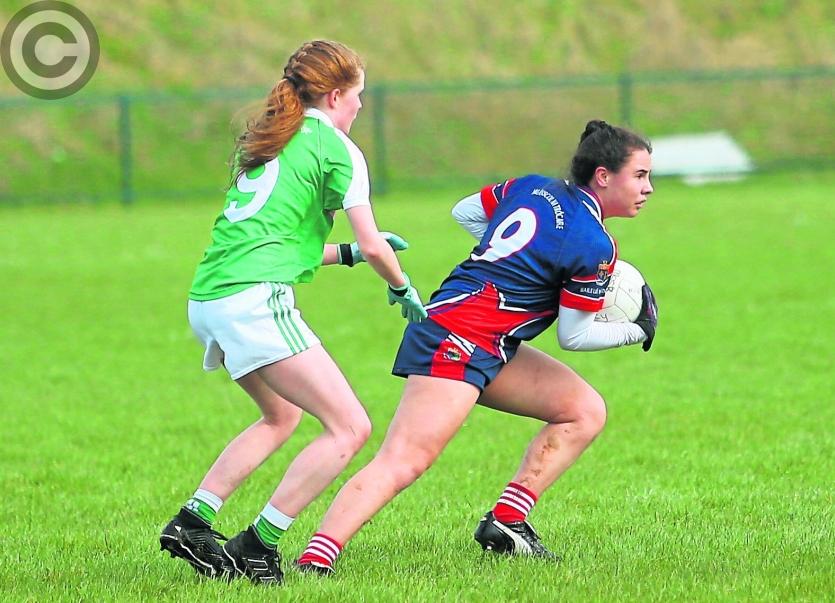 Mercy Ballymahon Secondary School Senior Girls captain Aishling McCormack has said the hurt of losing two finals in a couple of years is something that has spurred them on as they prepare for the All-Ireland Post Primary Senior Girls ‘C’ Final in Banagher, Co Offaly this Saturday, 1pm.

Ballymahon SS lost the Leinster Senior Girls ‘C’ Final last year and the All-Ireland Junior ‘B’ title decider in 2017. When they started out at the beginning of the school year they wanted to make not just another Leinster Final but the All-Ireland Final as well.

McCormack said: “It’s been a dream since we lost last year. We said, it’s now or never. That was the goal from the start but we did take each game as it came. In the long run this is where we wanted to be.

“Losing the Leinster Final last year was tough. We maybe, were a bit complacent in a way. This year we have the experience from losing last year and also the U-16 All-Ireland Final.”

St Mary’s High School, Midleton will provide the opposition in Saturday’s Final. The Cork school had a comprehensive win over Colaiste Ailigh, Letterkenny in the All-Ireland semi-final. Although Ballymahon have done some homework on the Cork school, it’s all about getting their own game right.

Aishling said: “Six of those that played in the Junior All-Ireland are on the starting team. They have one really exceptional  forward. But no matter how much homework you do on the opposition we need to remain focused on our own performance and playing to our potential.”

Looking at her own team McCormack knows they have players capable of bringing an All-Ireland title back to Co Longford.

“Everyone can do a job for us. Even the bench is strong. If we go out and play the way we can play I think we will win.”

For many of the Ballymahon side they have been on this journey since first year and leading them on their way throughout the years has been their coach Niamh Egan.

“She comes from Ballaghaderreen once/twice a week sometimes to train us. She is unbelievable. I think we were her first years when she started. She has grown up with us.

“There is a huge understanding between Niamh, the two lads (manager Sean Bohan and mentor Colin Seery) and us. We are all in a small community like the school. We know each other so well at this stage,” said the midfielder.

The Ballymahon girl takes her role as captain of her school seriously and helps her team-mates any way she can.

“It’s about getting the girls fired up before the game. Everyone knows the job they have to do.

“It’s getting them in the mindset and talking to them personally and as a group. You can be in the zone or not. Sometimes you need someone to get you into that; that’s a role I have”

18 year old Aishling McCormack has been involved with the Longford senior side since 2017 and she believes playing senior county has improved her game.

In three months time McCormack will sit her Leaving Cert and she knows she will need to take a break from football. At the moment, football is a welcome distraction from exams and for now the only date that matters is Saturday.

“I know it’s getting hard to fit football in and maybe in the next few months the sport will take a back seat. Until the 30th of March it is all systems go with football and hopefully All-Ireland success.”