County take on Westmeath in NFL at Cusack Park, Mullingar on Sunday 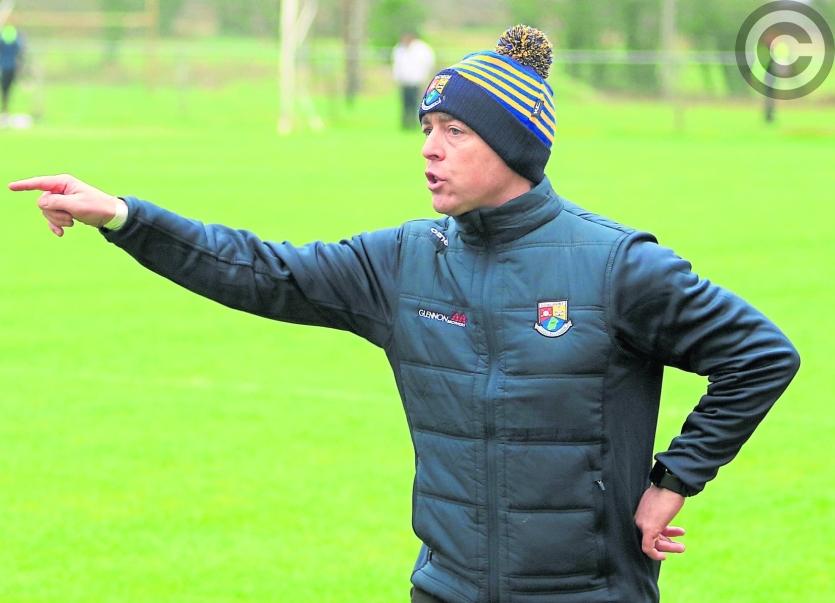 Longford manager Padraic Davis said that harsh words were spoken at half-time during the game against Sligo on Saturday last.

After a poor first half performance the home side trailed at the break by three points but turned the game around in the second half.

Davis said: “The thing that impressed me most by some distance was that generally when you are that flat in the first half, for whatever reason, it’s very hard to turn it around and more often than not you won’t turn it around.

“But the lads completely turned it around. We spoke harshly at half-time and rightly so, the players would’ve wanted it no other way. They came out and put in a very good shift in the second half.”

The Longford boss was happy that his side consolidated their place in Division 3.

“We are happy to have retained our position. You look back and say we could’ve more than 7 points but then you also could’ve less than 7. It’s probably the middle ground. It’s enough to consolidate our position in Division 3.”

With nothing to lose, already relegated Sligo took the game to Longford in the first half and deserved their three point half-time lead.

Davis said: “The shackles were off and were going to throw caution to the wind and play with a free spirit and that’s what they have done. We accommodated a lot of their play too by not really getting hands on, never mind getting in the tackles.”

Longford went ahead in the 39th minute for the first time since the opening minute and went on to claim the vital win. Davis praised goalscorers Darren Gallagher and Nigel Rabbitte.

“Our goal chances fell to the right fellas. Both of them tucked them away. They just showed that little bit of composure and are comfortable in that situation. We are happy with that and happy with the result.”

Gallagher was once again excellent for Longford while in defence the full-back-line put in a terrific performance.

Davis said: “They have been outstanding. When you consider that we have played six National League games and in five of those we have not conceded a goal.

“Those boys deserve unbelievable credit for that. Paddy Fox has come back in and strengthened the defence. Andrew Farrell and Barry O’Farrell have been absolutely outstanding all year; both of them have a 100% attendance at training since we took over as a management team and it’s showing out there on the pitch.”

With one game left in the league; away to Westmeath on Sunday, the focus is now on that fixture. But Davis is also thinking about the Leinster championship too.

“Right now the other games played are in the past and we pick it up and go again. We are never happy at where we are at. Let’s move on now and try and get a result against Westmeath and that’s what we are aiming to achieve.

“Then let’s push it on again into the championship and get our best men available so we can put in a good shift.”