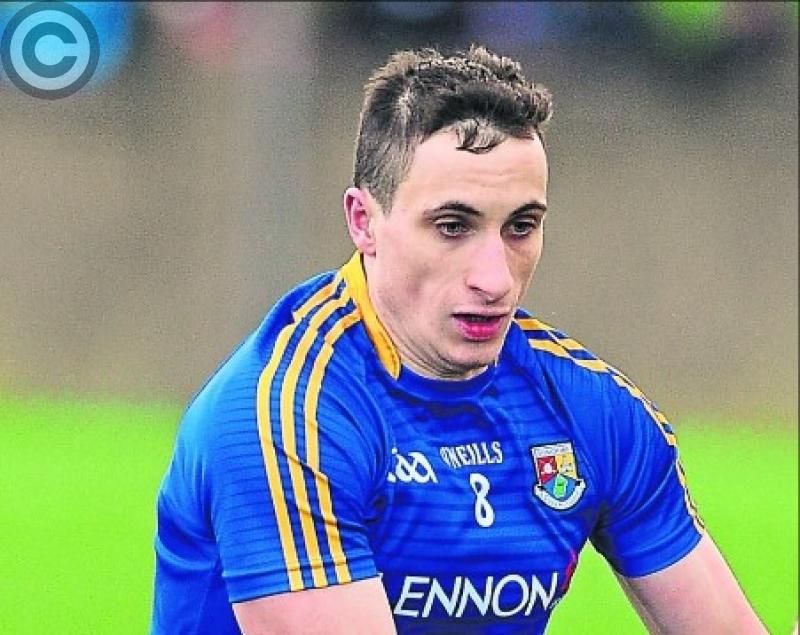 Darren Gallagher scored the goal in the early stages of the second half that put Longford on their way to a vital win over Sligo.

It look Longford a long time to get their act together but they eventually came good in the second half to secure a vital win that consolidates the Division 3 status in the National Football League along with a glimmer of hope for possible promotion.

A sparse attendance in the region of a couple of hundred spectators gathered in the bitter cold conditions at Glennon Brothers Pearse Park on Saturday to witness a first half struggle against already relegated Sligo who led by 0-11 to 0-8 at the break.

Longford were lacking in urgency but it was a completely different story on the changeover and good use was made of the stiff wind advantage as the home side came out on top by the comfortable margin of seven points in the finish.

Darren Gallagher began to make a big impact at midfield and the Granard man scored the well-taken goal that put Longford in front (1-9 to 0-11) with four minutes gone in the second half after Barry McKeon had fired over a free.

Moments earlier Sligo suffered a significant setback when experienced forward Pat Hughes was sent-off, even though they managed to level matters when goalkeeper Aidan Devaney landed a cracking long range free in the 41st minute.

Longford then piled on the pressure to fire over four points in a row through Michael Quinn (a great strike under a lot of pressure), Gallagher (free), Colm P Smyth and Darragh Doherty in a glorious spell between the 42nd and 51st minutes.

There was some cause for concern when Michael Quinn was sent-off in the 57th minute in what appeared to be a harsh decision and Sligo closed the gap (1-13 to 0-13) with a point from Sean Carribine.

Longford, to their credit, kept their composure and made absolutely certain of the victory when Darren Gallagher set up substitute Nigel Rabbitte for the second goal in the 63rd minute, a clinical finish following a fine move.

The remaining Division 3 fixture is against Westmeath in Mullingar on Sunday next.