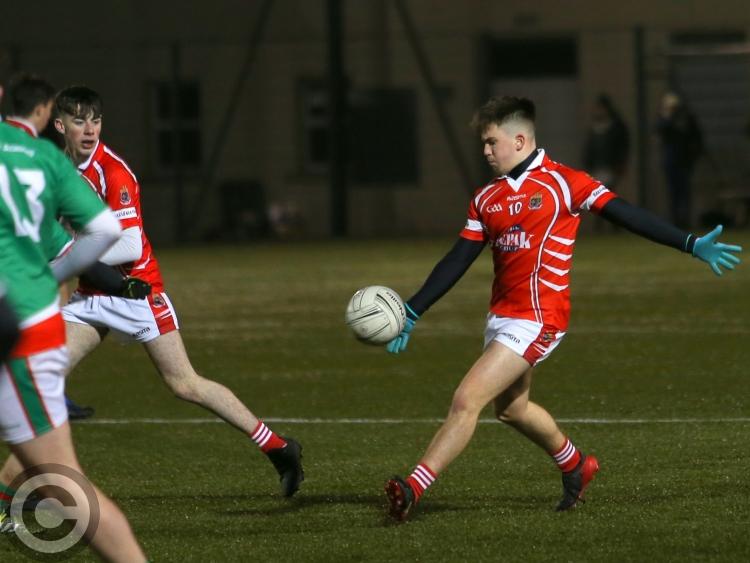 Mercy Ballymahon’s quest for All-Ireland glory ended on Tuesday evening when they were defeated by the excellent Patrician Academy from Mallow in the Senior Football ‘C’ semi-final played in difficult wet and extremely windy conditions at Heywood Community School (Laois) 3G pitch.

Ballymahon SS captured two titles (North Leinster and Leinster) the previous week against all the odds, playing two games in three days, but on this occasion they just couldn’t repeat those heroics as they bowed out of the All-Ireland championship.

The Cork school played with the aid of the very strong wind in the first half and held an 11 point lead at half-time, 2-7 to 0-2, to leave Ballymahon SS facing a real uphill battle on the changeover.

Ballymahon SS tried hard to stage a comeback on the changeover, with Jamie Bermingham scoring a goal in the early stages of the second half, but mighty Mallow added three more goals to their tally to book their place in the All-Ireland ‘C’ Final.