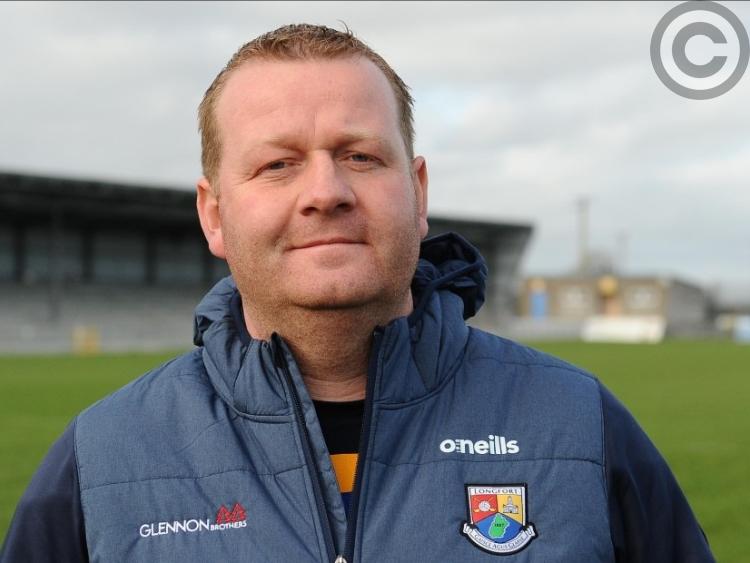 After almost letting the victory slip from their grasp with Sligo scoring three goals in the second half, resolute Longford eventually won the National Hurling League Division 3B title after extra-time at the Connacht GAA Centre, Bekan, Co Mayo on Sunday.

Played in extremely difficult weather conditions on a bitterly cold day, Longford were the better team throughout this tough final but Sligo kept on battling back and fired over the equalising point in the final minute of normal time from a free converted by Gerard O’Kelly-Lynch.

That left the sides deadlocked at the final whistle, 1-13 to 3-7, but Longford were not going to be denied and after David Buckley fired over a free the decisive goal materialised in the fourth minute of extra-time with substitute Alan Sorohan finishing the ball to the net from close range following a scramble.

Derek Frehill’s gutsy side managed just one more score near the end of this war of attrition when Bart Hanley landed a ‘65 while Sligo added three points to their tally in the additional period with Gerard O’Kelly Lynch shooting over the bar in stoppage time in his attempt to snatch a last gasp equalising goal.

It was a great success for the Longford senior hurlers who collected the league title in gaining promotion to Division 3A next season.

Inspired by a brilliant individual goal from impressive midfielder David Buckley in the 24th minute of the first half, Longford were full value for their 1-5 to 0-4 lead at the break.

Longford found themselves trailing by two points, 3-6 to 1-10, in the closing stages of normal time but somehow found some extra energy in this real test of stamina to hit the front again with late points from Bart Hanley, David Buckley and Cathal Mullane.

Sligo salvaged a draw when on target from a free and so the Division 3B final went to extra-time with Longford outscoring their opponents  by 1-2 to 0-3 to capture the title and it was no more than they deserved.