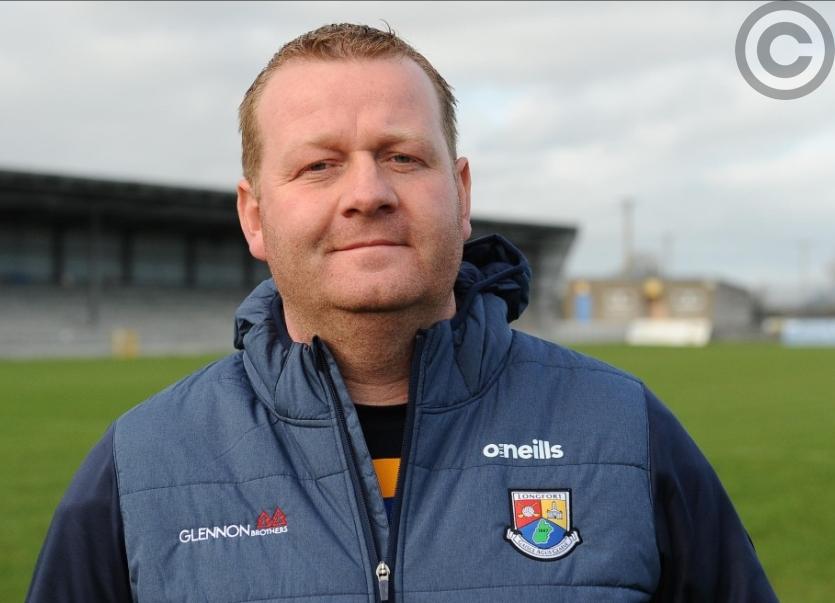 Longford senior hurling manager Derek Frehill was downcast after his side’s heavy defeat (3-15 to 0-3) against Sligo in Round 5 of the National League at Glennon Brothers Pearse Park on Sunday last even though there was nothing at stake.

The counties will clash again in the Division 3B title decider on Sunday (2.30pm) at the Connacht GAA Centre, Bekan, Co Mayo in the match that really matters.

Longford had nine changes from the team that started against Cavan the previous week while Sligo made four changes to their regular side.

Played in terrible conditions Sligo were more clinical and played well and Longford just could not find a way into the game.

Frehill said: “There is no hiding place. We are very disappointed with that performance. Obviously we had to make a few changes; some necessary as we picked up a few knocks against Cavan.

“We were forced to use the bench  a little bit more than we needed. Some of the lads would be disappointed with their performances.

“It’s not going to be good enough. Sligo look a really good team. To be honest maybe it’s a reality check for some of our lads.”

Frehill stated that he is sweating on the fitness of a number of players for the league final.

“We have a very small squad. We have 22 players and that includes two goalkeepers so we have 20 outfield players.

“At the moment out of our starting 15 there are a few lads who are major doubts; Cian Kavanagh, captain John Mulhern, David Buckley and Enda Naughton are carrying serious knocks. The guys that we bring in will need to be better than they were on Sunday.”

Sligo were dominant in the first half with Keith Raymond firing over 1-2. Liam Reidy got their first goal in the 8th minute while Raymond got their second in the 22nd minute. Longford keeper Conor Gallagher also denied them on a couple of  occasions.

Frehill could not understand how his side never got into the game as Sligo were on top in most areas of the field.

“We never got going. Maybe the thought of the lads realising we are in a final already played on their minds. I know the result didn’t make a difference on paper but mentally we are disappointed.”

Longford struggled and scored just two points in the first half half through Daniel Connell (free) and Maithiu O’Donohue.

The home side only registered one point in the second half with Johnny Casey on target while Connell was unlucky not to hit the back of the net in the 50th minute.

Sligo didn’t let up with the scoring in the second half with Joe Starr, Kieran Prior and Keith Raymond all tagging on points. Raymond got the third goal in the 67th minute when he converted a penalty after Starr was fouled.

The Longford boss believes the result will definitely be a boost for Sligo ahead of the league final.

“It’s definitely advantage Sligo after that. They are unbeaten this year and are going very well. Some good performances out there and particularly from Joe Starr and Keith Raymond. These lads have stepped up. It was a bit of a learning curve for us.”