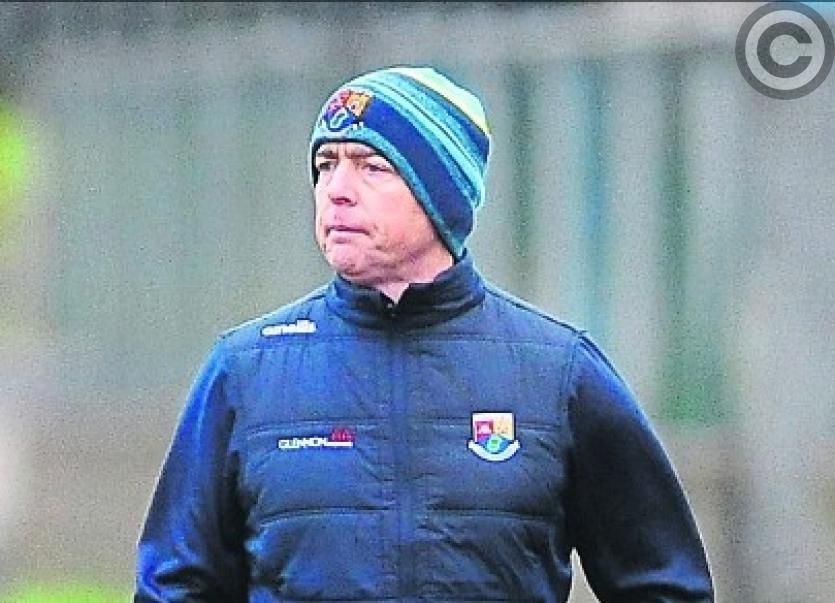 After watching his side lose their second game in succession, Longford manager Padraic Davis lamented the second half performance against Laois at O’Moore Park on Saturday evening last.

Longford were ahead by one point at the break and playing with the wind on the changeover but they turned in a below par display.

Davis said: “We teed it up lovely and were in a great position at half-time considering that we were going back out in the second half with a very advantageous wind in our favour.

“We didn’t make use of it the way we would have liked and as a result we found ourselves down in the possession stakes for large parts of the second half.”

Just like in their previous game against Down, Longford created goal chances but could not convert any of them.

“That’s a position that we find ourselves in. it’s an unfortunate situation, yet again. We find ourselves with seven goal chances in less than a week and we take none of them.

That really sums up our position at O’Moore Park. Even playing the way we did in the second half if we had hit the net twice there was no way back for Laois,” stated the frustrated Davis.

Longford were dealt a blow in the first half when Conor Berry had to go off with a groin injury. He had been playing well and was proving a handful for the Laois defence.

“Conor is only making his way back from the injury he sustained  in the county final. I think he has a groin issue there now. He was really asking questions of the Laois defence in the first half.

“He is a very strong and imposing player. The loss of him, not alone in this game, maybe even going forward is huge,” said Davis.

Darragh Doherty posed a lot of problems for the Laois defence. The corner-forward was involved in a lot of Longford’s good play, kicked over two points and was unlucky in a goal attempt to have a shot saved by Laois keeper Graham Brody.

Longford manager Davis was full of praise for the Mostrim lad.

“I thought he was sensational. Laois could not handle him at all. He is excellent and gave his opponent Gareth Dillon a torrid time.

“We are very happy with him. His point with the fisted effort, it looked like it was going out wide, was extraordinary. He is certainly one for the future and the present.”

Things are extremely tight at the top and bottom of the National League Division 3 and Longford find themselves just above the relegation places.

With two games remaining Davis stressed the importance of his side retaining their Division 3 status.

“We have two games to play; one at home and one away against Sligo and Westmeath. We are looking forward to them. Retaining our position in Division 3 was the first and foremost priority.

“You have to be fair to these lads too, a few of the Mullinalaghta lads have come back in. It’s nearly like coming with a second team at this stage of the season.”