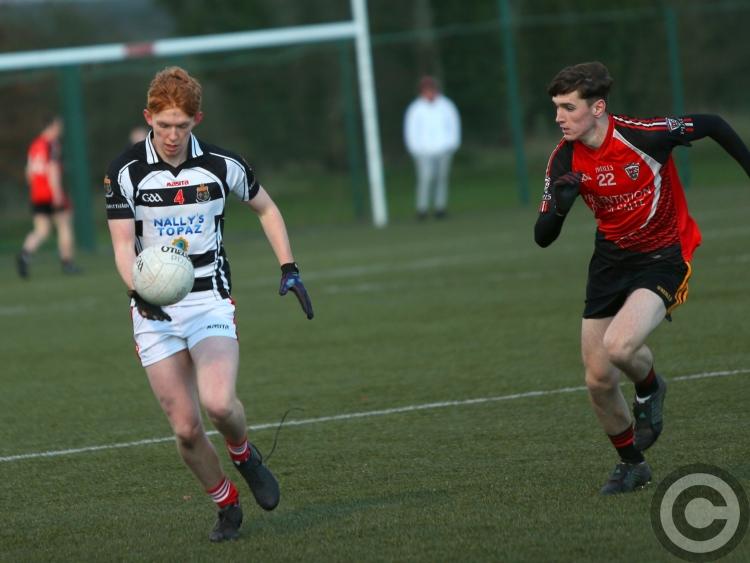 Playing their second game in the space of three days the Ballymahon SS boys  showed true grit and determination to emerge victorious on the 3G pitch at Heywood Community School, Co Laois.

Having opened the scoring they found themselves trailing by three points midway through the first half and also by the same margin in the second half.

Ballymahon SS had Conall McKiernan sent off for a second yellow card in the 53rd minute. Presentation’s Jack McCullagh was also sent-off minutes from the end just before Sam Maxwell scored the point that won the game for the Ballymahon bravehearts who can now look forward to the All-Ireland semi-final against the Munster champions on a date to be confirmed.