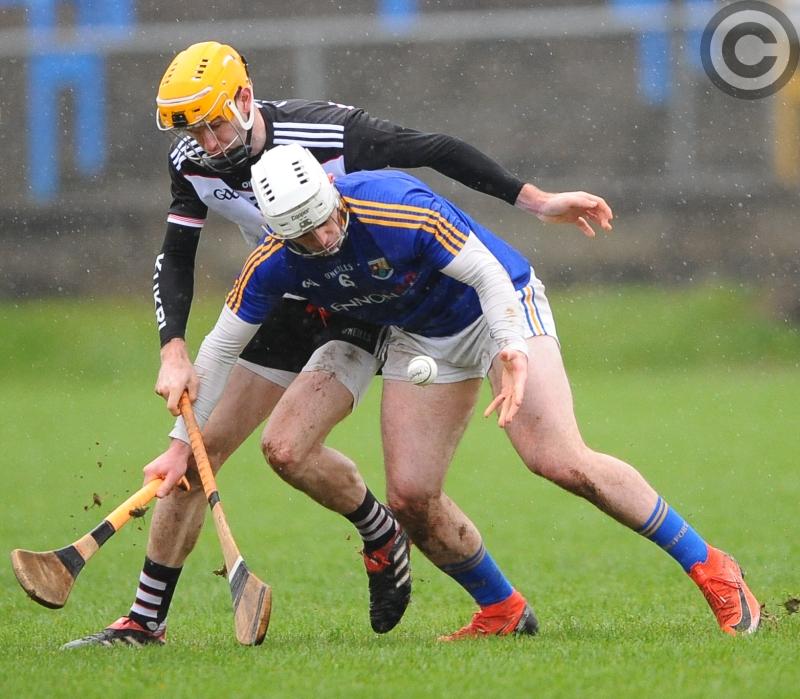 Karl Murray pictured in action for Longford against Sligo in Round 5 of the National Hurling League Division 3B at Glennon Brothers Pearse Park on Sunday. Photo: Declan Gilmore

Sligo proved too strong for a much understrength Longford side in the National Hurling League Division 3B Round 5 clash at rain soaked Glennon Brothers Pearse Park on Sunday.

Having already qualified for the league final both sides made changes for this meaningless game. Longford had nine changes from the team that started against Cavan in their last game the previous week while Sligo made four changes to their regular side.

Although there was nothing at stake, Longford’s performance was poor and they found the going very tough at times. Sligo were on top in nearly all areas of the field. Keith Raymond and Joe Starr gave the Longford defence a torrid time throughout this very one-sided encounter with the visitors holding a very commanding 2-9 to 0-2 lead at the break.

Sligo will be boosted  by this comprehensive performance and the confident manner in which they were able to comfortably sweep aside a weak Longford challenge in this ‘shadow boxing’ exercise ahead of the league title decider on Saturday next.