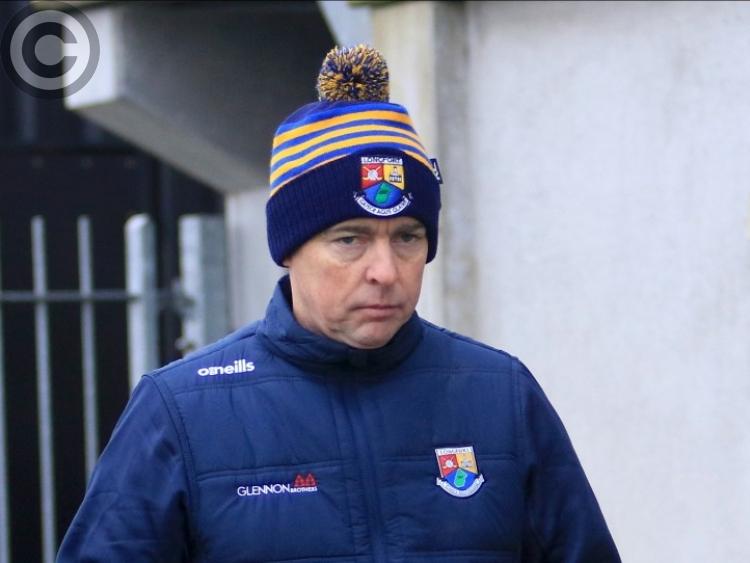 Longford manager Padraic Davis bemoaned the goal chances that his side missed on Sunday last in their eight point defeat against Down.

He said: “It was disappointing. I don’t think the gap at the end was a fair reflection of the ability of the two sides, I would think.

“We were a little bit off the pace in many ways at various stages. We put ourselves in a great position at half-time. We took it to them in every way. We just didn’t get enough out of it. We had five goal chances and we took none of them. They took three and that was the difference in the finish.”

The old cliche ‘goals win games’ rang true on Sunday. Down were more clinical in front of the posts and took the chances that fell to them.

“It was a game where one team took their goal chances and another one didn’t. We had so many shots at goal. It’s a matter of getting out during the week and picking it up. We all want a reaction,” stated a defiant Davis.

Davis does not see the result as a setback and is hoping his side can bounce back on Saturday night when they take on Laois at O’Moore Park.

“Is it a setback? Not really. We go and pick it up on the road against Laois next Saturday. That’s what it’s all about.

“I just said to the players we are looking for a reaction now and I think they will give us that. The whole dressing room acknowledges that the performance against Down wasn’t good enough.”

Sunday was Longford’s first league defeat and they are fourth place in the table with both consolidation and promotion still very much in their own hands.

“These guys have put in huge performances to date. A little blip here, nothing more than that. It’s a matter of just picking it up and getting ourselves secure in the division first and foremost,” said Davis.

Longford welcomed back three Mullinalaghta players on Sunday with Donal McElligott, James McGivney and Patrick Fox all getting game time and Davis is delighted to have those players back at his disposal.

“It was great to get a bit of inter-county football into the three Mullinalaghta lads. It’s good to see them back. It would have done them no harm. This week they can hit the ground running.

“The injuries are still there and then we have five other Mullinalaghta players who have not committed yet. To be fair to them it’s only a short time since they played an All-Ireland club semi-final.”

One player that was notable by his absence on Sunday was forward Robbie Smyth and Davis gave the reasons for the Abbeylara man not being available.

The Longford manager wants people to focus on the players Longford have and not the men that are missing.

“At the moment Robbie is struggling to find the necessary time required for the huge commitment involved in being an inter-county footballer. We have to respect that and he has had his injuries. We have to move on from all that. It’s about what we do have in the current squad.”