Can Longford and Leinster champions Mullinalaghta spring a shock against Kerry and Munster kings Dr Crokes? 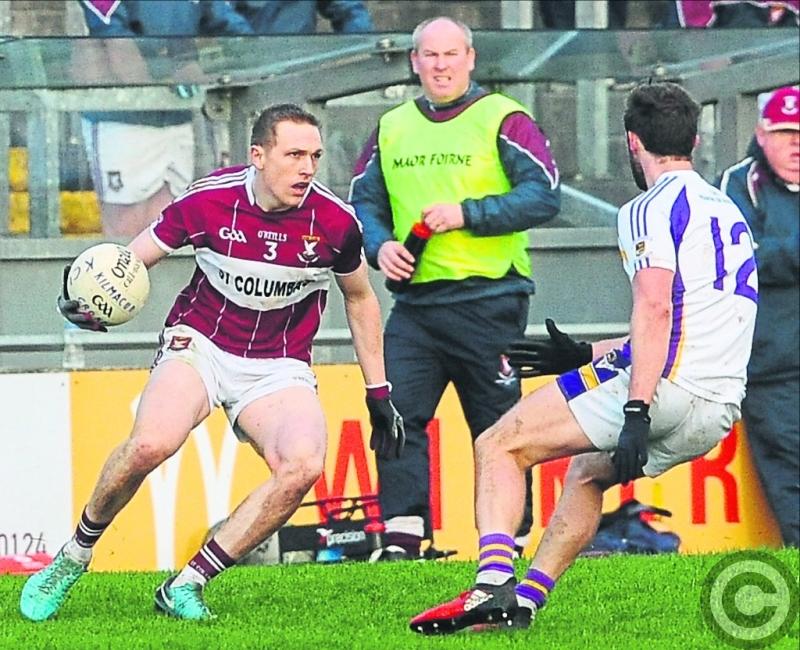 The magical Mullinalaghta adventure takes another step at Semple Stadium in Thurles this Saturday when they tackle the might of Dr Crokes Killarney in the All-Ireland Club Senior Football Championship semi-final, throw-in 3.30pm.

Following their sensational win over the Dublin giants Kilmacud Crokes in the Leinster title decider at O’Connor Park in Tullamore on the second Sunday in December, St Columba’s will believe in their ability to spring another shock.

That terrific triumph captured the imagination of the entire country and the hype was unbelievable as St Columba’s celebrated one of the greatest achievements in the history of the GAA.

Never before has a team from Longford got this far in the club championship as history was made in the winning of the provincial crown and Mullinalaghta are under no pressure in another ‘David v Goliath’ clash in the All-Ireland semi-final.

Few can argue with the fact that the Kerry kings are a stronger outfit than Kilmacud and the general opinion is that the greater quality of the Killarney side will prove too much for Mullinalaghta in the wide open spaces of the big Semple Stadium pitch.

Dr Crokes, after all, won the All-Ireland Club title two years ago and the vast majority of the very experienced team that started in the 1-9 to 1-7 win over Derry opponents Slaughtneil in the 2017 final will be in action against St Columba’s.

The legendary Colm Cooper scored the crucial goal that day and it is hard to believe that the ‘Gooch’ had to settle for a place on the substitutes bench when Killarney cruised to a most emphatic 1-21 to 2-9 win over the Clare champions St Joseph's Miltown-Malbay in the Munster club final back at the end of November.

In winning the provincial title for the eighth time the Dr Crokes mentors decided they did not need to start the 35-year-old Cooper, the class act forward who collected five All-Ireland SFC medals during his illustrious football career with Kerry along with his eight All-Stars awards.

Cooper was eventually brought on midway through the second half of the Munster title decider against Miltown-Malbay and it is a measure of the sheer strength of the Dr Crokes squad that three of the other substitutes introduced were players with All-Ireland minor medals.

Centre-half-back White, right-half-forward Burns and right-corner-forward Shaw were on the team that started against Miltown-Malbay and the impressive manner in which Dr Crokes crushed Moyle Rovers (Tipperary) 3-15 to 0-8 and St Finbarr’s (Cork) 5-20 to 1-11 in the previous rounds of the provincial club championship this season is a clear indication of the daunting task facing the complete outsiders Mullinalaghta.

Apart from Colm Cooper, another former Kerry great Eoin Brosnan is apparently still part of the Dr Crokes squad at 38 years of age while Killarney can also call on Johnny Buckley who has also served the Kingdom with a lot of distinction.

Fionn Fitzgerald and Kieran O’Leary, the joint captains of the last Kerry team to win the All-Ireland senior title in 2014, will also be lining-out for Dr Crokes in Thurles on Saturday.

Gavin White and Micheal Burns, along with Killarney keeper Shane Murphy and Fitzgerald, all featured with the Kerry seniors last year but the player they are all talking about down there at the moment is Tony Brosnan.

A county minor in 2013 and who graduated to the senior squad, Brosnan then drifted away for different reasons but he is back with a bang and surely a serious contender to reappear for Kerry at some stage this year.

Lethal left-corner-forward Brosnan caused havoc to clock up the tremendous total of 1-14 (1-11 from play) against An Gaeltacht in the 2018 Kerry Senior Championship and went on to play another leading role in the Munster final win over Miltown-Malbay with eight points (five frees) to his credit.

Described in some quarters as unstoppable when at his best, he is recognised as the dangerman  in the razor sharp Dr Crokes attack.

A glorious spell for Dr Crokes who are the raging hot favourites to reach the All-Ireland club final against Corofin (Galway) or Gweedore (Donegal) but St Columba’s still dare to dream about a Croke Park appearance on St Patrick’s Day.

Very few gave Mullinalaghta a chance of beating Kilmacud in the Leinster final a couple of months ago but they managed to cause a major upset, thanks to a late goal from a penalty converted by Gary Rogers.

The stunned Dublin champions were unable to recover from that shattering blow but let us not forget that there is considerable quality on the St Columba’s team who showed just how good they are when completing a three-in-a-row of county SFC titles back in October.

What happened after in the provincial championship is something that the Mullinalaghta supporters will never forget and a very large contingent of Longford GAA followers will be heading to Thurles on Saturday in the hope that another sensational result might materialise.

Patrick Fox, Donal McElligott, David McGivney, John Keegan, James McGivney and Rian Brady have all shown what they are capable of when lining-out for Longford as did the St Columba’s captain Shane Mulligan during his distinguished county career.

Gary Rogers and Jayson Matthews are other vital cogs in the Mullinalaghta machine and Aidan McElligott will also be hoping to make his presence felt against Dr Crokes as he did to decisive effect in the dramatic closing stages of the Leinster final.

As always, the battle for midfield supremacy is such a vital factor and St Columba’s will be hard pressed to match the strong Killarney pairing of Johnny Buckley and Daithi Casey with the latter featuring briefly for the Kerry seniors in the recent past.

29-year-old Buckley, on the other hand, needs no introduction with the former All-Star starting at centre-half-forward on the Kerry team that beat Donegal in the 2014 All-Ireland SFC final.

If Mullinalaghta could manage to break even at midfield there is no doubting that their attack is certainly good enough to pose problems for the Dr Crokes defence who might be vulnerable if put under pressure.

But look at the level the exceptional Killarney side are operating at. Those on the starting team cannot afford to let up even when the result has been assured, given the many All-Ireland medal winners sitting on their bench.

Generally considered to be best Dr Crokes panel assembled in recent memory (the club also won the All-Ireland title in 1992), Mullinalaghta are facing a massive battle in Thurles  but all they can do is their best and who knows what might happen!