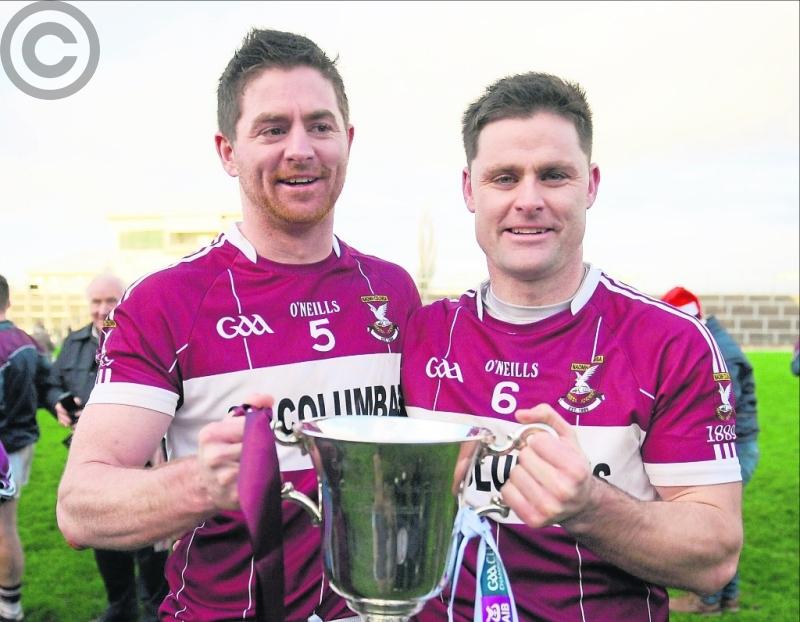 Mullinalaghta captain Shane Mulligan never imagined he would be leading his side to a Leinster title let alone be preparing for an All-Ireland club semi-final but the defender finds himself in that position after a remarkable few months for the north Longford club.

Mulligan said: “Reaching the last four in Ireland is mind blowing. When you go outside Longford you don’t know where you are at until you get out into the Leinster Championship.

“We have been competitive since our first campaign in the province. Our big task was to get there again but there is so much ball to be played so you just don’t know how it will go.”

Since their win over Kilmacud Crokes in the Leinster Final the Mullinalaghta name has been on everyone’s lips.

“No matter where you go in this country everyone knows about Mullinalaghta. It has been a surreal couple of months,” stated Mulligan.

It has been a long and winding road for this current bunch of Mullinalaghta players. Mulligan said they also gained experience over the last three years especially in terms of how they prepare for games.

“It has been a real learning curve for us over the last three years, especially in Longford.

“We have come up short but thankfully we did not get knocked out of the championship. There have been times where we have over analysed other teams and not looked at our own performance.”

Mullinalaghta head to Semple Stadium on Saturday with plenty of support behind them but no weight of expectation. The players have faith in their ability and are hoping to leave it all on the field. It is all about getting the performance right according to their captain.

“When you are talking about the last four and when you look at Dr Crokes on the road over the last couple of years, they are borderline an inter-county side.

“We will be looking to try and get our own house in order. Please God get a performance on the day. All we want to do is look for that performance.”

It is the biggest game in the north Longford club’s history and it is a position that not many players have found themselves in before; playing in an All-Ireland semi-final. For Mulligan and his team-mates it’s just another game and they will not  get themselves involved in the hype surrounding the occasion.

“The lads don’t get caught up in events or the day itself. They are ground-up. The build up is usually the same.

“We try to get into the same headspace and hopefully it will be the same on Saturday.

“County Final day in Longford is a big occasion and we have been on the road in Leinster and a provincial  appearance so we have experience of that.

“We will try not to get caught up with the massive buzz of playing in the All-Ireland semi-final,” concluded the Mullinalaghta captain.