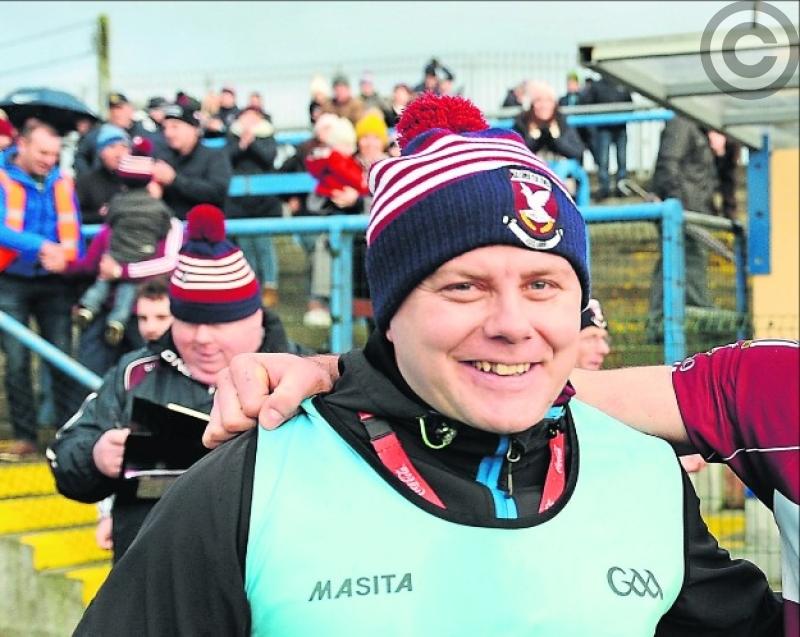 Mullinalaghta manager Mickey Graham said that his side are now in “bonus territory” as they prepare for the biggest game in the club’s history; an All-Ireland semi-final against Kerry and Munster champions Dr Crokes Killarney at Semple Stadium this Saturday.

“It’s a huge task. All we can do is go out and do our best and play to our ability and see what happens.

“Everything from here on is bonus territory. We have absolutely nothing to lose because what we have done to get to where we are has been a great achievement in itself.

“No matter what happens on Saturday people will be proud of what these lads have done.”

Claiming a three-in-a-row of Longford County titles was a great feat but Mullinalaghta went one better in December by becoming the first Longford club to win a Leinster title.

Not many believed they could do it but Graham revealed that his players had belief.

“I think the confidence was there within the lads; they believed in themselves. They never said that they were going to win Leinster. What they wanted to do was to compete with the best in the province.”

It has been two months since their Leinster success and Graham and his players have had to maintain their fitness and sharpness while not over exerting themselves.

“The lads had time off over the Christmas holidays. They worked hard when they came back in the first two weeks in January and we are happy enough where we are at.

“It’s been a long season and you are now picking up knocks. We have to make sure we don’t overdo it now. It’s about getting the head down and keeping ourselves in shape,” said the Mullinalaghta boss.

As Saturday gets closer and excitement builds the Leinster Final is a distant memory and all the talk is now of an All-Ireland semi-final.

Graham said: “There was a lull since the Leinster Final. It was mad for a week or two after it. It has calmed down and with Dr Crokes down the other end of the country there has not been much talk about the game.

“It’s only in the last week or so that people are starting to talk about it again, as the game gets closer. There is an air of excitement building.”

Graham’s name is in the history books as the man who guided Mullinalaghta to their first Longford Senior Football Championship title in 66 years on his way to leading the club to a magnificent three-in-a-row and a historic first ever Leinster title. He is quick to point out other people’s roles in the club’s success.

“You had the underage structure and a bunch of lads who had commitment and dedication. To be honest it’s a combination of a lot of things and this didn’t happen overnight.

“It started 15/20 years ago. When I arrived at the club there was huge room for bringing them to another level.

“Just their mindset; they had to improve that. The lads bought into it. They started looking for answers, not excuses.”