Mullinalaghta take on the might of Kerry giants Dr Crokes 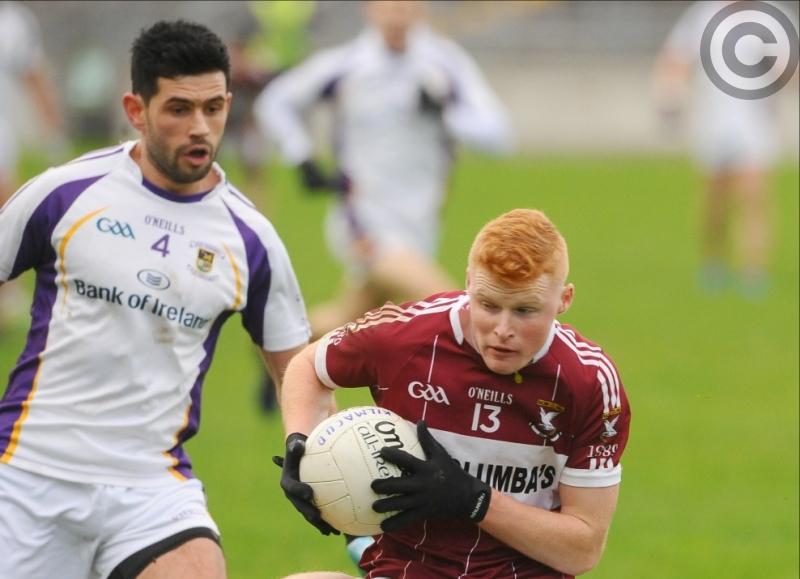 Jayson Matthews on the attack for Mullinalaghta in his bid to evade the challenge of Kilmacud defender Cian O'Sullivan. Action from the Leinster Club SFC Final. Photo: Declan Gilmore

No matter what happens in the All-Ireland Club Senior Football Championship semi-final against Kerry giants Dr Crokes Killarney at Semple Stadium, Thurles on Saturday next (live on TG4), Mullinalaghta have brought tremendous honour to Longford.

St Columba’s scored a sensational win over the Dublin champions Kilmacud Crokes back on December 9 in becoming the first club from the county to be crowned Leinster Club champions.

That terrific triumph captured the imagination of the entire country and the hype was unbelievable as the small north Longford community celebrated one of the greatest achievements in the history of the GAA.

What happened in the provincial championship is something that the Mullinalaghta supporters will never forget and a very large contingent of Longford GAA followers will be heading to Thurles in the hope that another shock result might materialise.

A clear indication of the massive task facing Mullinalaghta is that the legendary Colm ‘Gooch’ Cooper had to settle for a place on the substitutes bench when Killarney cruised to a most emphatic 1-21 to 2-9 win over the Clare champions St Joseph's Miltown-Malbay in the Munster club final back at the end of November.

In winning the provincial title for the eighth time the Dr Crokes mentors decided they did not need to start the 35-year-old Cooper but he was brought on midway through the second half.

The class act forward collected five All-Ireland SFC medals during his illustrious football career with Kerry along with his eight All-Stars awards.