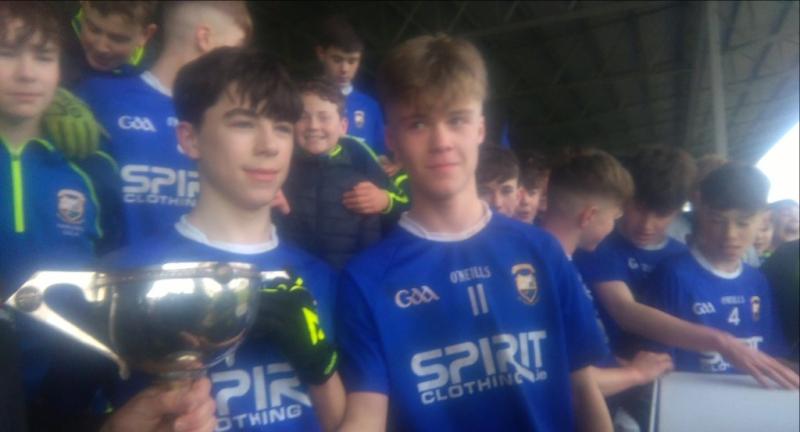 Conor Smith and Matthew Flynn, the joint captains of the St Mel's U-14 football team pictured at the presentation of the Leinster Cup at O'Moore Park in Portlaoise.

St Mel’s, who were in front by four points at the break, were hanging on to a slender 0-9 to 1-5 lead in the exciting closing stages and after their keeper Zac McKeon made a vital save to stop a Good Counsel goal attempt the advantage was extended when Colm Coyle converted a free in the 58th minute.

The killer blow was struck moments later when Patrick Moran got through to score a well-taken goal after receiving the perfect pass from Ronan Courtney and another point quickly followed from Matthew Flynn.

Set up by Moran, substitute Harry Mulvihill fired home a cracking goal in the fifth minute of stoppage time to leave the worthy winners St Mel’s nine points clear in the end as the jubilant Longford college were crowned the Leinster U-14 ‘A’ champions for the first time since 1998.