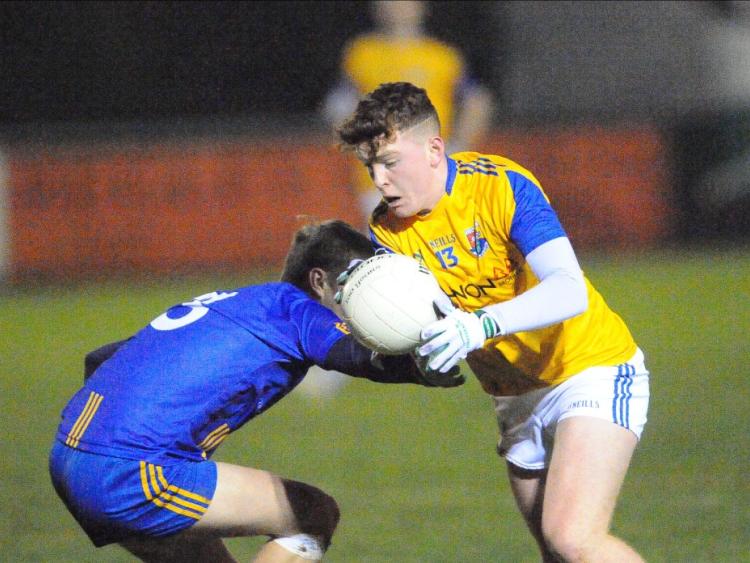 Cian Dooner pictured in action for St Mel's College in the previous round of the Leinster Schools Senior 'A' Championship against Marist College, Athlone.

St Mel’s College found the going too tough against the title holders Naas CBS in the Leinster Schools Senior ‘A’ Football Championship clash on Friday.

Raheens GAA grounds in Naas was the venue for the Knockout Stage Round 1 game and there was little separating the sides at the end of the first quarter with St Mel’s trailing by just the minimum of margins, 0-4 to 0-3.

Soon after Naas CBS scored a crucial goal and ended up in a comfortable 1-7 to 0-5 lead at the break. Cian Dooner scored three of the St Mel’s points in the first half with Killoe clubmates Jake Donnelly and Euan Finneran also on target.

It was always going to be a real uphill battle for the Longford college on the changeover with the superior Naas side stepping up another gear in clocking up a further 1-11 on their way to a most emphatic victory in the finish.

St Mel’s, making their exit from the Leinster championship, added 1-4 to their tally in the second half with Cian Cassidy (Fr Manning Gaels) scoring the goal while all four points were fired over by chief marksman Cian Dooner.