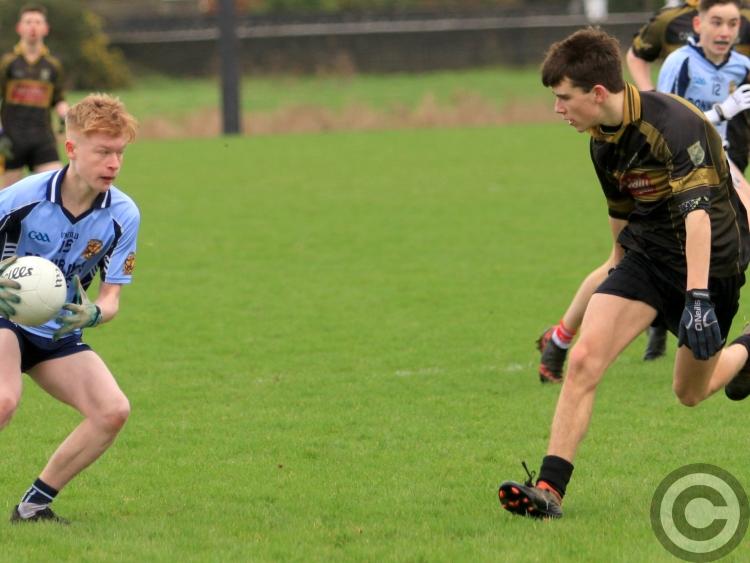 With a couple of minutes gone in the second half of the game at the Cnoc Mhuire school pitch, the home side found themselves trailing by 21 points (6-9 to 0-6) but they came storming back in a very determined bid to salvage the situation.

In the 50th minute a goal from a penalty converted by Jordan Martin brought Cnoc Mhuire to within eight points of the visitors and the momentum was with them but Dunshaughlin broke down the field one minute later with Luke Mitchell landing the ball into the net to strike the killer blow.

Cnoc Mhuire tried their hardest to get back into the game but time was against them as they ended up losing by just four points in the finish.