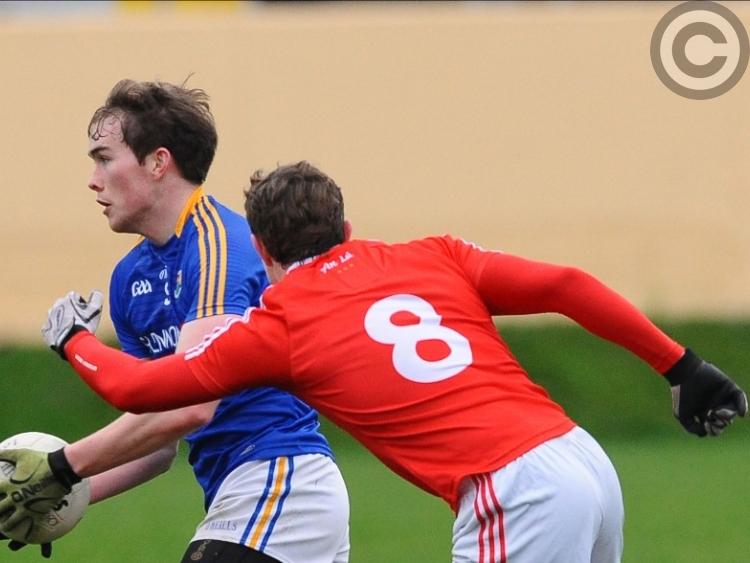 There is a lot to admire about Longford’s unbeaten start to the new season on their path to the O’Byrne Cup semi-final against Westmeath this Saturday.

The absence of so many regulars  for different reasons has given manager Padraic Davis the perfect opportunity to experiment with a number of promising young players.

Two of the newcomers, Darragh Doherty (Mostrim) and Peter Lynn (Slashers), were particularly prominent in the first half of the eventual draw against Louth at Glennon Brothers Pearse Park on Saturday last with the lively attackers scoring 1-3 between them.

Building on the wins over Wicklow and Meath in December, the new-look Longford team played some fine football to establish a comfortable six points lead at the break , 1-12 to 1-6.

It was a different story in the second half as revitalised Louth came storming back to level matters in the end, 1-16 apiece.

The result was good enough to consolidate top spot in the group for Longford and their reward is another competitive fixture against also unbeaten Westmeath at The Downs GAA grounds (near Mullingar) on Saturday, throw-in 2pm.

At the same venue on Sunday last, a strong Westmeath side sprang a surprise to knock Kildare out of the Leinster senior football tournament in winning on the fairly emphatic 1-13 to 1-7 scoreline.

Things are going well at the moment for the new manager Jack Cooney, even without star player John Heslin who is currently taking a break.

Westmeath, with home advantage, will be hard beaten in the battle against Longford to determine who moves on to meet Dublin or Meath in the O’Byrne Cup final at Parnell Park the following Friday night (8pm) which will be shown live on TG4.