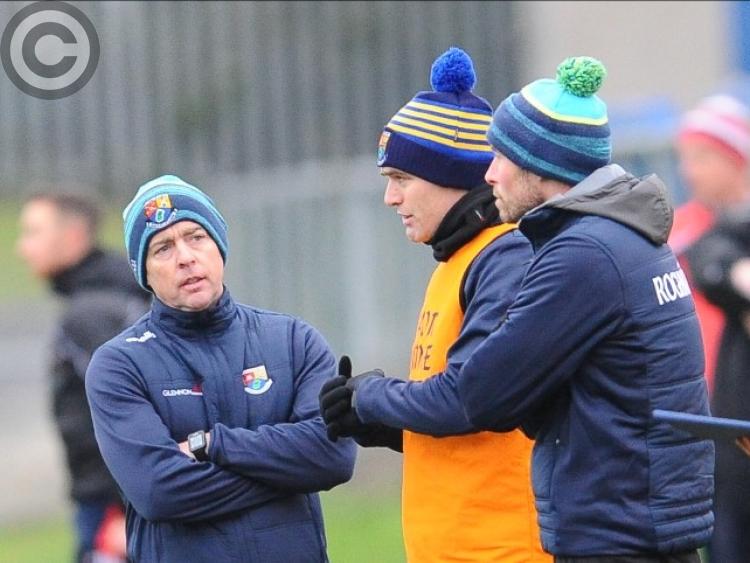 A draw against Louth on Saturday in their final O’Byrne Cup group game was good enough for Longford to advance to the semi-final against Westmeath who scored a fine 1-13 to 1-7 win over Kildare last weekend.

Longford manager Padraic Davis has been delighted with the way the competition has gone for his side despite being without a large number of players.

“We can be very pleased. We played three O’Byrne Cup games to date and have had a challenge match and are still undefeated. We are happy with what the lads are giving us. We are missing players but it is what it is. They are excellent young lads coming in and it’s a great opportunity for them.”

Longford were ahead by six points at the break but Louth staged a determined fightback in the second half. Davis knew the Wee County would be a different proposition after the break.

“They were a totally different team in the second half. Even if they had not made changes I knew they were going to come strong in the first 10/15 minutes on the changeover.”

Padraic was pleased with the way his side were able to withstand the Louth pressure at the end in getting the draw.

“It looked like the game was going to go away from us, we made changes and the lads gave us a great lift and we got a draw. It’s good to see young lads coming in and doing well. I hope the lads can continue doing that.”

Some new players caught the eye in the Louth game but the Longford boss was full of praise for his experienced players.

“We cannot underestimate the influence that our established players like Mickey Quinn, Barry McKeon and Darren Gallagher make; those lads around the middle third. They have great understanding of the game and it’s a great environment for those younger lads to go in there and play with them.”

Longford now face neighbouring rivals Westmeath in the semi-final on Saturday and Davis said his side will be well up for the game.

“We will give it a good shot. We will try and get our match-ups right against Westmeath and we have things to work on from the Louth game.”

Unlike Longford, Westmeath are not missing too many regulars.

“Westmeath have most of their players available in the O’Byrne Cup. You look at the team they had out against Kildare; Ger Egan, Calum McCormack, Kieran Martin, James Dolan. They have those core players that are experienced. They will have a strong side out against us.” stated Davis.

Longford will play Westmeath in the National League as well as Louth who they meet in the opening round on January 27. Davis said that playing those teams in the O’Byrne Cup has its advantages for his young side.

“From the players point of view they are getting a taste of what to expect when the league games come around.  We matched Louth. What happens now is that we are going to have another tough competitive fixture this weekend against good Westmeath opposition as the preparations continue for the Division 3 campaign.”