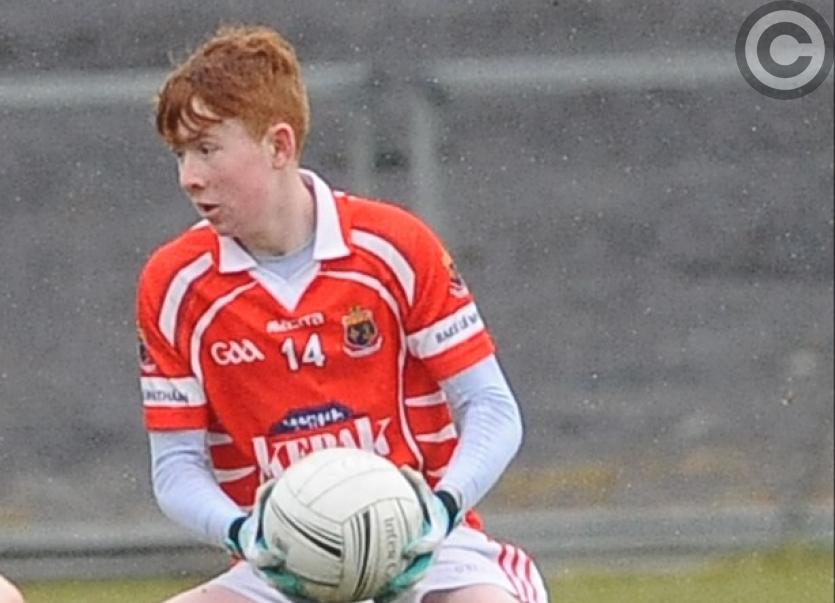 Rathcline's Oran Kenny, who fired over seven points for Ballymahon SS against Ballymahon VS.

Very little separated the sides and when Wayne Smith kicked over the equalising point for Ballymahon VS in the 54th minute the game was evenly poised. A pointed free from Oran Kenny edged Ballymahon SS back in front moments later before Kian Gilmore kicked over a superb point to extend the advantage.

Gilmore went on to fire over two more excellent points with Kenny on target again at the end. Ballymahon VS tried hard to engineer a dramatic late comeback but Ballymahon SS deservedly held out to emerge victorious.