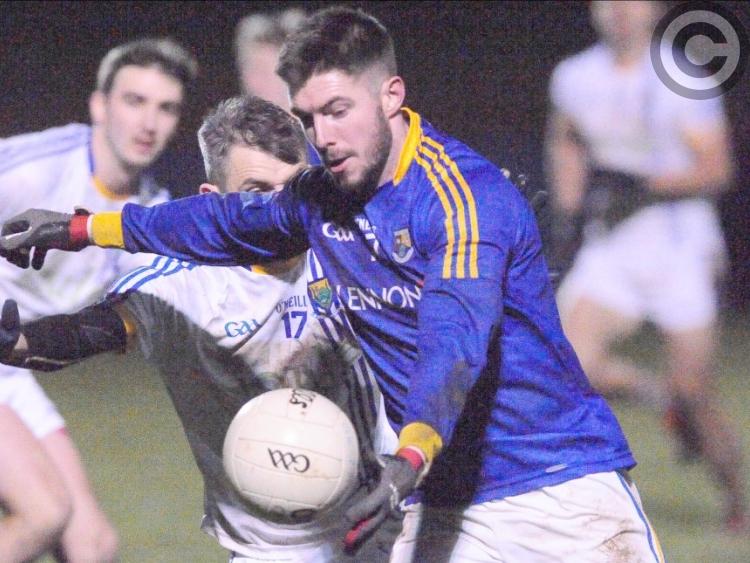 Longford scored a second win in the 2019 O’Byrne Cup senior football tournament under new manager Padraic Davis with a narrow success over Meath in Ashbourne on Saturday evening played in terrible weather conditions which did not help the game as a spectacle.

The experimental Meath team will rue not taking their chances in the closing stages when they kicked a number of poor wides as they pressed to get something out of this game.

Longford are now in a strong position to qualify for the O’Byrne Cup semi-final with their remaining group fixture at home to Louth on Saturday 5 January.

Minus the Mullinalaghta players, Longford dominated the early stages and with Robbie Smyth in fine form they had built up a five point lead by the 19th minute. Smyth kicked over four points (two frees) with his Abbeylara clubmate Colm P Smyth getting the other score for Longford.

Meath got off the mark in the 21st minute with a point from Ben Brennan but Longford replied with another Robbie Smyth free. A goal out of nothing in the 28th minute brought Meath back into the game and Longford struggled after that.

Points from Sean Tobin and Graham Reilly (free) gave Meath the lead for the first time in the 43rd minute. After going 21 minutes without a score Longford levelled in the 46th minute with a point from a free converted by Robbie Smyth.

Smyth kicked over two more points (one free) to edge Longford back in front before Graham Reilly’s free in the 55th minute cut the deficit to the minimum of margins.

Meath had possession and chances in the final ten minutes to get something out of the game but their shot selection let them down as Longford held out for the win.