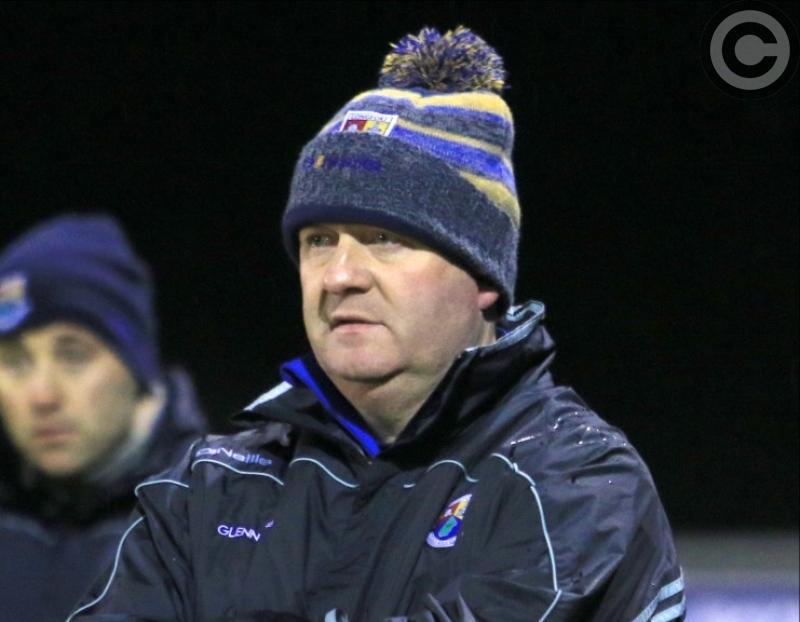 DCU/St Patrick's came from behind to defeat the Longford senior hurlers in the opening round of the Kehoe Shield Tournament game played in torrential rain at Emmet Park, Killoe on Saturday evening last.

Credit to both teams who served up a good game of hurling despite the terrible conditions. It was great to see Longford field a home grown team with the exception of Limerick native Cathal Mullane who still plays for his club Killeedy.

With new manager Derek Frehill (Galway) at the helm, Longford had to start the game without the services of Longford Slashers clubman Cian Kavanagh who had an illness. A few newcomers got their chance in the first competitive fixture of the 2019 season.

DCU’s second goal in the 43rd minute proved to be the vital score. It put them ahead by three and they were able to hold on despite Longford battling hard to try and get something out of the game.

It was a tight first half with very little between the sides. Longford’s Cathal Mullane and DCU’s Jamie Byrne were both accurate from placed balls. Alan Sorohan got the game’s first goal in the 16th minute with the Clonguish lad converting a neat finish to the net after a fine Longford move.

A pointed free from Cathal Mullane gave Longford a three point lead by the 21st minute. The Longford defence had done well to keep out DCU but the students breached the rearguard in the 23rd minute when Murtha Doyle flicked the ball to the net to leave his side on level terms.

Longford replied with two points and in first half stoppage time Cathal Mullane was unlucky to see his effort hit the butt of the post as the home county held a two point advantage going in at the break, 1-7 to 1-5.

Another well struck free from Cathal Mullane immediately on the changeover gave Longford a three point lead but DCU hit back. Two Jamie Byrne frees and a neat score from Murtha Doyle levelled matters by the 41st minute.

DCU were three ahead two minutes later when Jack Doyle finished the ball to the net after a sweeping move and it was a lead they didn’t relinquish. Cathal Mullane fired over an excellent point from play straight after but DCU replied with three points in quick succession to go ahead by five by the 48th minute.

Cathal Mullane and Jamie Byrne both exchanged frees before two more frees from Mullane cut the deficit to three points with five minutes remaining. Try as they might Longford couldn’t get the goal that would bring them back into contention for a positive result.

Michael Shiel extended DCU’s lead to four in the 67th minute. Mullane hit over another free in the 69th minute but that was to be Longford’s final score as Luke Maher made sure of the win for the students with a point in stoppage time.

Louth scored a comfortable 2-20 to 0-17 win over DCU/St Patrick’s in the Round 2 fixture on Tuesday night but Longford can still reach the Kehoe Shield final if they manage to win at home to Louth in the remaining group game on Saturday January 5.