No pressure on Mullinalaghta who are in bonus territory 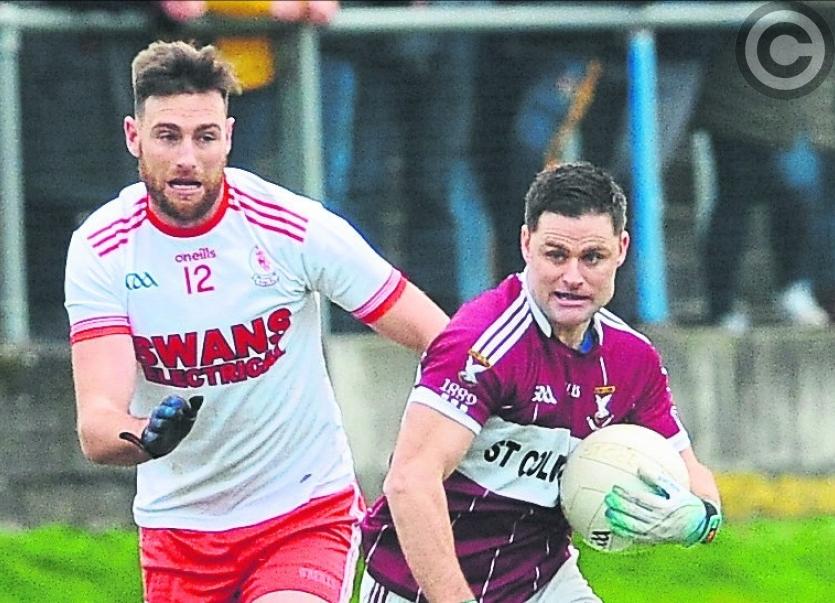 For Mullinalaghta St Columba’s captain Shane Mulligan the enormity of being in a Leinster Senior Club Final is somewhat surreal.

The defender is looking forward to Sunday’s big game but is honest about the tough challenge the north Longford club are facing.

“Two teams are left in Leinster and we are one of them. It’s a great buzz. Whatever happens after this it will go down in history; the first Longford club to play in the provincial senior club final.

“Playing for your parish and with your friends and lads you have grown up with. Everything is tipped against us and that’s the realism of it but we are just looking forward to the occasion. We have nothing to lose on Sunday.”

Mulligan said that there will be no pressure on Mullinalaghta on Sunday and there has not been much in any of their Leinster campaigns. Expectation levels were higher during the Longford championship.

“There’s more pressure in your own county especially when you get to a county final. There is a level of expectation as well. Once you go outside your county you are really in bonus terrority.

“The shackles really come off because there is nothing to lose, have a crack at it and see where it takes you.”

A Leinster Final is a huge occasion but for many of the Mullinalaghta players the experience isn’t something new and Mulligan believes this has helped the club.

“That’s what has probably stood to us. When Mickey came in he kind of brought all those things together. Individually lads have brought what they have learned over the years and collectively there is so much experience.

“They are young lads but they have done so well with Northern Gaels and the school (Cnoc Mhuire). They are able to handle the nerves. This will not be new to them.”

Mullinalaghta have passionate supporters and no doubt they will be out in force on Sunday.

Mulligan is very pleased that the club has now gained support, not just from the area but further afield.  “We always had great support especially where we sit on the Cavan/Longford border.

“Even with work for me when you go up the country, everyone is talking about us. It is what it is. Everyone loves the underdog but we know what a mammoth task it is.

The journey that Mulligan and Mullinalaghta have taken has been a terrific experience but one they would not have embarked on without Mickey Graham and the captain was full of praise for the manager.

“We are indebted to him now for what he has done for us. Win, lose or draw against Kilmacud Crokes on Sunday there will not be a bad word said about him. He owes us nothing.

“It will be with a heavy heart when he leaves us to take over as the Cavan manager. The lads have great respect for him as he has for our squad.

“Look at the development, where the lads have come from and where they are now. Outside of football people speak fondly of Mickey. What you see is what you get.”