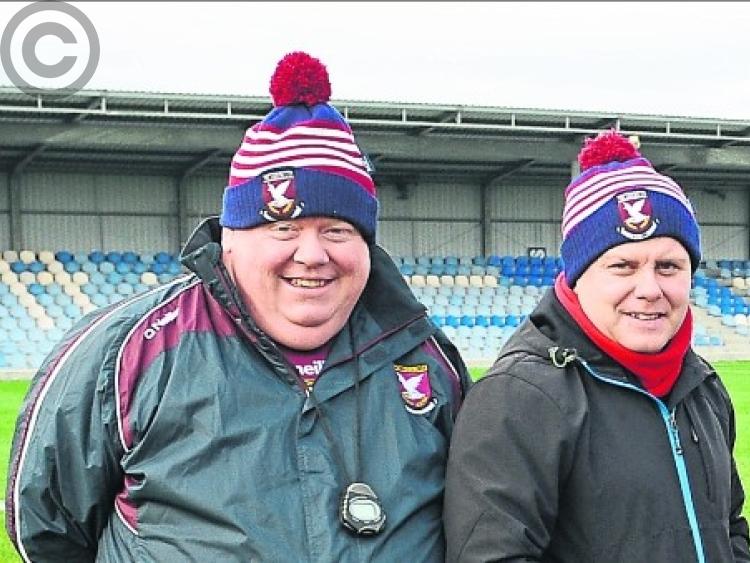 It has been a long and winding road but a very enjoyable journey for Mullinalaghta manager Mickey Graham since his first Longford Senior Football Championship game in charge of St Columba’s at the end of July 2016 and now ending up in the Leinster Club Final.

Cavan native Graham is still coming to terms over what his side have achieved.

“The last few years have just been a rollercoaster. I would not swap this for anything at the moment.

“Those lads have given me so much joy over the last three years. I find myself in the position I am today because of those lads and I have told them that.

“I think the boys knew back then (2016) that things could get better and what they could achieve.”

Mullinalaghta created history when they became the first Longford club to reach the Leinster Senior Club Final. Graham has great faith in his players and believes they will not  let the huge occasion get to them on Sunday.

“It’s a whole new experience. These boys have been in the county final for the past three years and played in Leinster in that time and they have learned a lot from those campaigns.

“Will they be daunted by it? No, the lads have been around long enough to know not to let the occasion get to them.”

Dublin champions Kilmacud Crokes are the team who will be trying to stop Mullinalaghta becoming the first Longford club to win a provincial title and the new Cavan senior foootball supremo Graham is well aware as to just how difficult the final is going to be.

“You are coming up against a professional outfit who will be as well prepared as a county team with regards resources. They have a number of quality players and are one of the top club teams in the country.

“We have absolutely nothing to lose and we will just go out and try to perform to the best of our ability and see what happens.”

Mullinalaghta also have quality players but their biggest strength according to their manager is their willingness to be there for each other.

“We have a tight knit group of lads who have been with each other all their lives. That has to count for something.

“When backs are against the wall you know that lads will be there to stand up and be counted; back you up when the going gets tough.”

Graham said his side were under more pressure in the Longford Championship than the Leinster campaign.

“When we were in the Longford club championship we warned ourselves not to look any further than the next game because we are up there to be shot at. This year we have learned from the previous year that we had to perform in the knockout stages.”

Mullinalaghta have also been capturing the hearts and minds of people from outside Longford and Graham is delighted they are getting the recognition they deserve.

“People have realised what these lads are after doing. They have attitude and belief. People will go to Tullamore on Sunday more in hope but they will know Mullinalaghta will leave it all out on the field.”