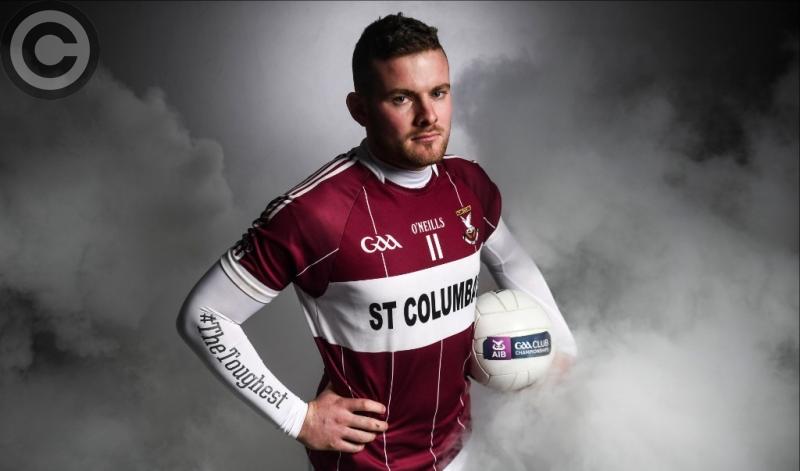 The remarkable rise of the Mullinalaghta senior footballers in recent years is a most amazing story for such a small club and another chapter in their incredible journey will unfold at Bord na Mona O’Connor Park, Tullamore on Sunday.

After creating GAA history to earn the proud distinction of becoming the first team from Longford to reach the Leinster Club Senior final, St Columba’s are now facing the might of Dublin giants Kilmacud Crokes in the provincial title decider, throw-in 1.30pm.

The general opinion is that the three-in-a-row Longford champions will be very hard pressed to spring  a shock and that is certainly the view of the bookmakers who are quoting Mullinalaghta at the very generous odds of 5/1.

That assessment is certainly not a fair reflection on what Mickey Graham’s very talented team have achieved in a glorious period for the north Longford club situated on the Cavan border but they will relish the role of the underdogs in their quest for Leinster glory.

Let us not forget that St Columba’s made it really difficult for another Dublin outfit, St Vincent’s, in the semi-final at Pearse Park two years ago before eventually losing by seven points after conceding a late goal.

In the previous round that season it must be said that Mullinalaghta proved their pedigree by scoring a notable win over St Loman’s Mullingar, only to suffer the bitter disappointment of letting victory slip against the same opposition at the quarter-final stage last year.

The then Westmeath champions made it through to the Leinster final and were in a commanding position late in the game but somehow managed to lose against Moorefield (Kildare) in a dramatic finish.

So make no mistake about it, Mullinalaghta have got this far on merit and will be quietly confident of causing a major upset against Kilmacud on the evidence of their excellent wins over Rhode (Offaly) and Eire Og (Carlow).

While few can argue with the fact that a favourable draw in the Leinster Club Championship gave St Columba’s a strong chance of getting to the provincial final, beating such a vastly experienced Rhode side was a great achievement and particularly so in Tullamore.

The Mullinalaghta men are heading back to O’Connor Park to where it all started a few weeks ago and the thought of actually winning the Leinster Club title was once beyond their wildest dreams.

That could well become a reality and there is a fierce belief instilled into a quality St Columba’s team backboned by several county players who produced a truly exceptional performance to crush the Carlow champions Eire Og by the landslide margin of 18 points in the semi-final.

Standing in their way are Kilmacud Crokes, featuring Dublin All-Ireland winning stars Paul Mannion and Cian O’Sullivan, and the Stillorgan outfit are strongly fancied to win the Leinster Club SFC title for the fifth time - the last in 2010.

Almost unbackable at a general 1/5 with the bookies, the pundits think that another provincial triumph is a done deal after they got the better of their percieved main challengers Portlaoise in a pulsating semi-final with the unlucky losers guilty of shooting a total of nine costly wides in the first half.

Just three points separated the sides in the finish with the traditionally strong Portlaoise side (winners of seven Leinster titles) missing a glorious opportunity of snatching a draw when a penalty in stoppage time was brilliantly saved by the Kilmacud keeper David Nestor.

Nestor, along with Cian O’Sullivan and Pat Burke, are all that remain from the Crokes team that won the All-Ireland Club title back in 2009 and former Longford star Brian Kavanagh from Ardagh also featured in that final against Armagh’s Crossmaglen Rangers, scoring two points in the 1-9 to 0-7 triumph.

Kavanagh is no longer part of the Kilmacud squad but the club are back at the top in Dublin and the current crop of young players coming through have blossomed this season under the shrewd guidance of joint managers Johnny Magee and Robbie Brennan.

Talk of winning a third All-Ireland title (winning their first in 1995) will no doubt be a topic of discussion among their faithful followers and is there a chance that a complacent approach could develop in the build up to the Leinster Final with Portlaoise now out of the way!

That remains to be seen and there is considerable  encouragement for Mullinalaghta in that the largely inexperienced Kilmacud team displayed defensive vulnerability in conceding three goals against Portlaoise in their 1-17 to 3-8 win.

The sharp St Columba’s attack will exploit any apparent weakness at the back for Crokes, with the inside men Rian Brady and Jayson Matthews capable of posing a lot of problems, while strong games will be required from James McGivney and Gary Rogers in the half-forward-line.

Apart from Cian O’Sullivan, the other key figures in the Kilmacud defence are Andrew McGowan, Cian O’Connor and Cillian O’Shea while the physical strength of powerful midfielder Craig Dias will be difficult to contain in the quest to win vital possession.

The influential John Keegan is well capable of making a big impact in the battle for supremacy at centrefield and can expect strong support from David McGivney with Aidan McElligott also lurking around the middle of the field in a fierce desire to make his presence felt.

The resolute Mullinalaghta defence, inspired by Shane Mulligan, Donal McElligott and Patrick Fox, were excellent in operating as a tightly knit unit in restricting Eire Og to just three points the last day but the task is going to be a lot tougher against the lethal Kilmacud attack.

Dublin All-Star Paul Mannion (despite a recurring injury problem) is the obvious dangerman after clocking up 1-6 (all from play) in producing a superb display in the win over over St Judes in the county final.

Marvellous Mannion then scored 2-6 (five frees and penalty goal) in the 2-17 to 0-7 demolition of Dunboyne (Meath) as his club crossed the first hurdle in Leinster.

While somewhat subdued against Portlaoise, Mannion still fired over five points (two frees) and is a serious threat.

Dara Mullin, Callum Pearson, Shane Cunningham and Shane Horan also have the potential to inflict considerable damage up front for Kilmacud who have a lot of pace running right throughout their team.

Mullinalaghta manager Mickey Graham will have to come up with a gameplan to curtail the threat of the very slick Crokes forward division, a fact clearly reflected in the 2-17 and 1-17 they registered another Dunboyne and Portlaoise respectively.

Having said that, St Columba’s clocked up the impressive tally of 2-15 against Eire Og but taking on the Dublin champions is a completely different proposition and everything will have to go right for the Longford club in the hope of lifting the Leinster title.

Whoever emerges victorious in Tullamore on Sunday next will advance to meet the Munster champions, the Kerry kings Dr Crokes Killarney, in the All-Ireland Club SFC semi-final on Saturday February 16 and Mullinalaghta are now among the elite in a magnificent success story.