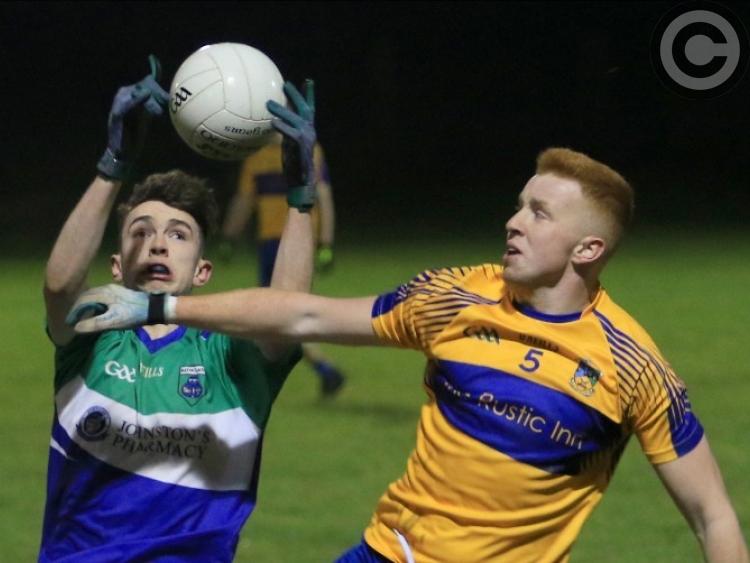 Rathcline/Grattans forward Rory Howlin wins the ball in this tussle with Carrickedmond defender Michael Cahill. Action from the U-20 'B' Football Championship Final. Photo: Syl Healy

It was a fine display from the amalgamation who were beaten last season in the U-21 ‘B’ Final but made amends this year in the new competition against a fancied Carrickedmond side.

Rathcline/Grattans led by 1-6 to 0-8 at half-time with Eoin Kelly flicking the ball to the net just before the break while Iarla O’Sullivan scored the decisive second goal in the 53rd minute.