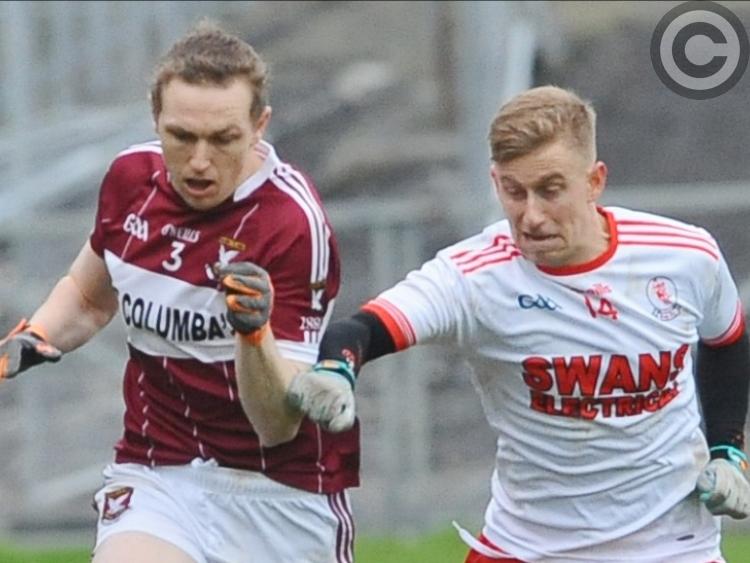 The small club from north Longford situated on the Cavan border have brought great honour to the county and some of the football they produced against Eire Og  was real quality stuff with nine different players getting their names on the scoresheet in this demolition job.

The impressive manner in which they crushed the Carlow opposition by the landslide margin of 18 points (2-15 to 0-3) suggests that the three-in-a-row Longford champions could be capable of springing a shock against Kilmacud Crokes in the title decider at Bord na Mona O’Connor Park, Tullamore on Sunday  December 9, throw-in 1.30pm.

The current kings of Dublin football survived a serious test against Portlaoise in the other semi-final on Sunday last, holding out to win by three points (1-17 to 3-8) in a dramatic finish to a brilliant game.

A minute into stoppage time Portlaoise were awarded a penalty but a glorious opportunity to snatch a draw and force extra-time was missed as the Kilmacud keeper David Nestor produced an outstanding save.

The main men on the very strong Crokes team are Dublin All-Ireland winning stars Paul Mannion and Cian O’Sullivan and it must be said that Mullinalaghta are facing a most difficult task in their quest to be crowned Leinster club champions.

Reaching the final is a massive achievement and a tremendous boost for Longford football with the Mullinalaghta manager Mickey Graham already plotting the possible downfall of the red-hot favourites.

8 times Dublin champions Kilmacud have a great tradition after winning four Leinster Club SFC titles, the last in 2010, and were also triumphant in the 1995 and 2009 All-Ireland Finals at Croke Park.