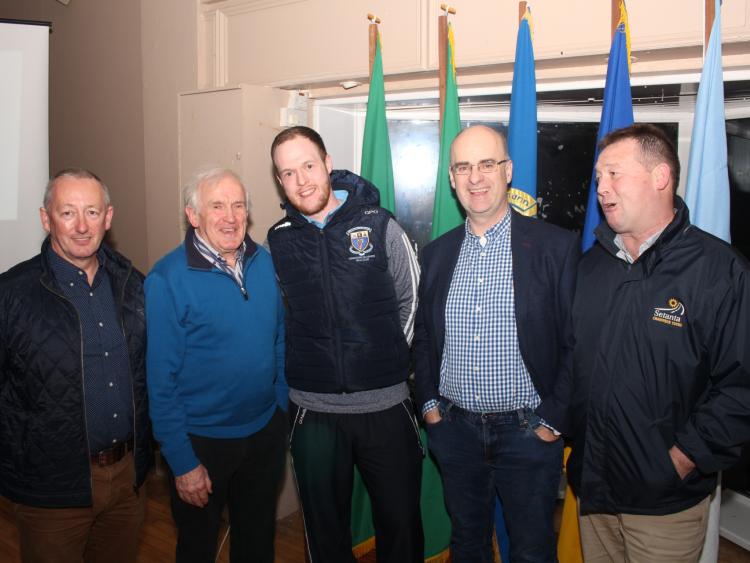 In his role to date, Ciarán has been doing trojan work in the promotion of Gaelic Games in the local Primary Schools.  He will also be involved in driving and delivering various workshops and courses for the Slashers club coaches as part of a 'coach the coaches' programme. This is a very welcome development for the  progressive club who have enjoyed recent successes at juvenile level.

Longford Slashers would like to wish Ciarán every success in his new role. The club would like to thank the Coaching and Games staff in Leinster Council and Longford County Board in assisting with Ciarán's appointment and the positive support for this initiative by the Club Executive Committee's.

Longford Slashers look forward to reinforcing the fantastic work already achieved in their Juvenile ranks by their fantastic club coaches and mentors, through this new position. Ciarán brings an enthusiasm and energy to this role that will be instrumental to improving the coaching structures, expanding the Schools programme and helping Slashers retain as many players as possible into the adult section of their club.

A graduate of Athlone I.T. (BB in Sports Management & MBS in Business Studies), as well as playing hurling and football around the country, Ciarán most recently was an All-Ireland winning manager with the Athlone I.T. Fresher Hurling squad and Gaelic football coach for the Play to Stay Initiative in the Athlone area.

Everyone at the club extends a huge Slashers welcome to Ciarán and wish him the very best in his new role.