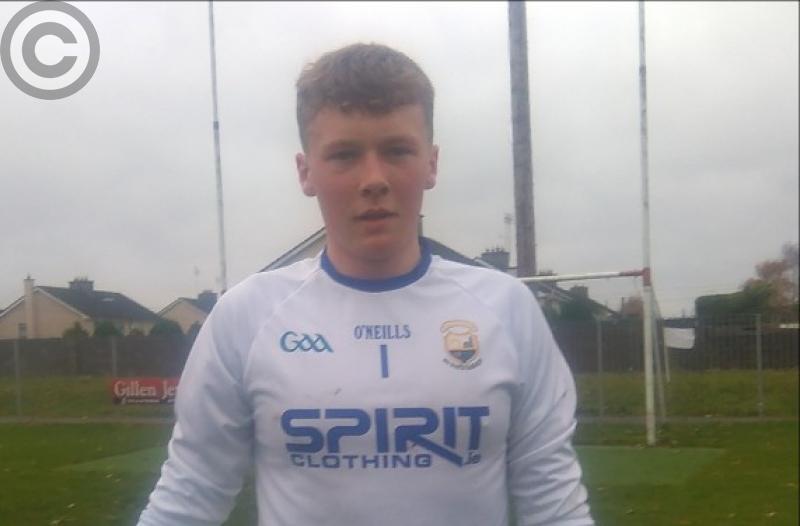 Goalkeeper Eoin McGuinness, the captain of the St Mel's College senior football squad pictured in Athy before the game against St Peter's Wexford.

St Mel’s College produced one of their best results in the Leinster Senior Football Championship in recent years when they scored a great win over St Peter’s Wexford in the group stage first round game at the Athy GAA grounds, Co Kildare on Wednesday.

It was a mighty overall performance with Fr Manning Gaels (Drumlish/Ballinamuck) clubman Cian Cassidy getting the crucial goals, the second from a sweet strike in the 53rd minute that left the Longford college leading by the minimum of margins, 2-8 to 0-13.

That proved to be a massive boost for St Mel’s who registered another four points without reply in the closing stages, a brace from Cian Dooner (free and play) with Euan Finneran and substitute Mario Pirlog also on target to clinch the victory over their fancied Wexford opponents St Peter's who won the Leinster title in 2017.

Coached by Killoe and Longford player Michael Quinn with fellow teacher Diarmuid Cannon also part of the management team, St Mel’s are now in a good position to qualify (two teams will advance) for the knockout stages of the provincial championship with their other group fixture next week against Marist Athlone, the beaten finalists last season.