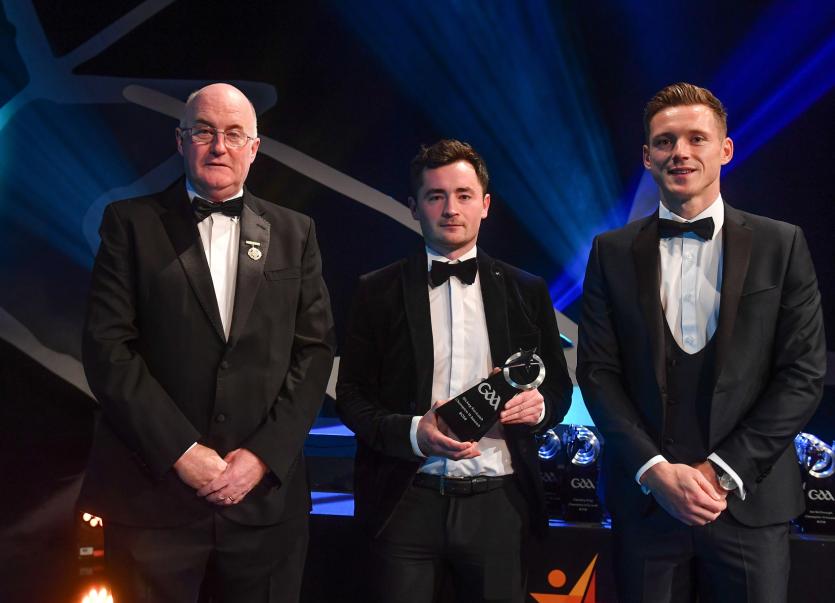 Longford Slashers hurler Johnny Casey has been honoured with his selection on the 2018 Nicky Rackard Cup/Lory Meagher Cup Champion 15.

In recognition of his fine displays for the Longford hurlers in the Nicky Rackard Cup this season, Clondra native Johnny received his award as part of the PwC All-Stars event in Dublin’s Convention Centre on Friday night which was broadcast live on RTE 1.

The Nicky Rackard and Lory Meagher Champion 15 is evenly spread across 11 different counties.

Uachtarán CLG John Horan congratulated the winners and said: “We play a team game but we have always been moved by the exceptional performances that have stood out and contributed to the rich culture of Laochra Gael that we celebrate on an occasion such as this.

“The McDonagh, Ring, Rackard and Meagher Cups are dedicated to GAA legends; people who are synonymous with hurling, with its greatness and in their dedication to it. I congratulate the Champion 15 selections that have been made. They are all worthy of the prestigious honour that has been bestowed upon them and it’s a great occasion for them, their families and the clubs who helped produce them.”

It has been a memorable few weeks for Johnny Casey who earned the proud distinction of lining-out for Ireland in the recent Senior Hurling-Shinty International against Scotland at Bught Park, Inverness. Johnny plays his club football with St Brigid’s Killashee.