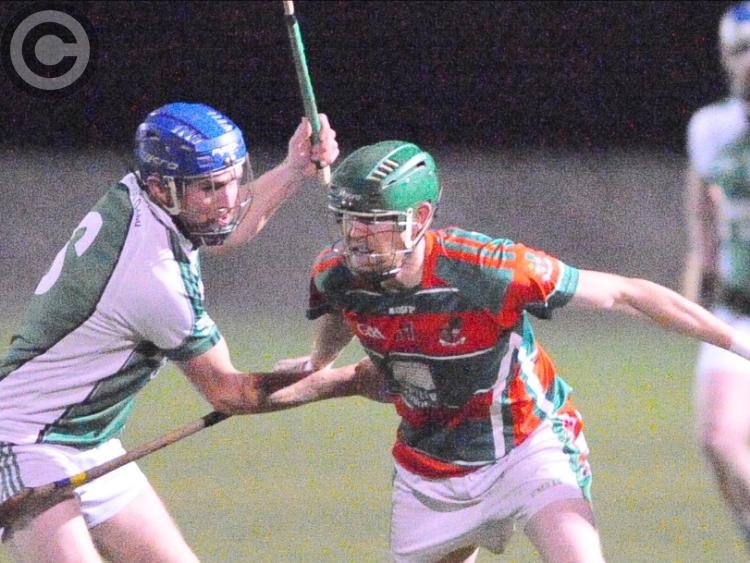 Newman was in great scoring form for the Mostrim side, firing over the tremendous total of 13 points (12 frees), while Cian McLoughlin and Benny Stakem were solid in defence especially in the final ten minutes as Avondale tried hard to get back into the game.

Minus the injured Daire Duggan and the unavailable Paddy Cullen, Wolfe Tones had started the game well but found themselves four points behind by the 26th minute after Avondale scored the game’s only goal. But the Longford hurling kings fought back and were behind by just one going in at the break; 1-7 to 0-9.

Wolfe Tones upped their game in the second half  and in the final five minutes they hit over four points in a row to give themselves a comfortable six point lead with Avondale getting the final score in stoppage time.

It was John Newman who registered the first score when he fired over a free in the third minute. Avondale replied with two pointed frees before two more from Newman edged Wolfe Tones back in front again by the 10th minute.

The sides were level again when Eamonn Kearns was on target from a free but three frees in a row from Newman (including one excellent long range effort) put Wolfe Tones ahead by three points by the 17th minute.

Avondale got back in the game with two frees from Kearns and a point from play from Gearoid Murphy and Ross Ward then hit over a fine effort in the 24th minute to give the Wicklow intermediate champions the lead. Two minutes later a clearance fell to Paul Gahan and he raced through to fire the ball to the net.

John Newman was on target with a free from distance before the excellent Sean Noonan hit over a neat point. Just before half-time Seamus Hannon cut the gap to the minimum of margins with a good score.

A pointed ‘65 from Kearns put two between the sides in the early stages of the second half. Two frees from Newman drew them level again by the 35th minute before a free from Gahan was the last time Avondale were to be in front as Wolfe Tones raised their game.

Sean Noonan fired over a lovely point in the 40th minute to level matters before Newman put his side ahead in the 43rd minute. Hannon followed up with a superb shot to put two between the sides and then Michael Hussey was unlucky not to find the back of the net.

Gahan and Newman exchanged frees as the game entered the final 10 minutes. Wolfe Tones defender Thomas Stakem made a fantastic catch in the 53rd minute as Kearns lofted a hall ball into the square.

Two frees from John Newman and a point apiece from Martin Coyle and Michael Hussey extended the Wolfe Tones advantage as they clinched a wonderful win and a place in the Leinster quarter-final against the Wexford Intermediate 'A' champions Taghmon Camross at Netwatch Cullen Park, Carlow this Sunday, throw-in 1.30pm.